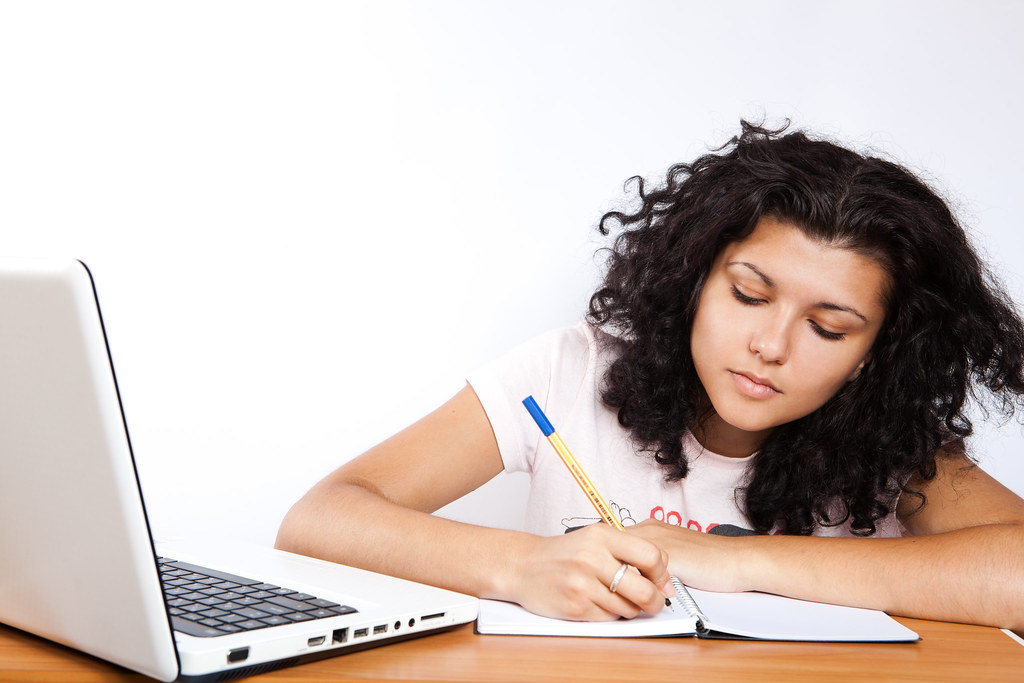 Under the threat of coronavirus, many universities took early initiative to empty their campuses and transition to online classroom spaces. In the United States, most universities had made the switch by mid-March. The switch was a necessary one, but it has not come without scrutiny and difficulty. Many educators and students are entering the online classroom landscape for the first time. There are certainly growing pains for such a transition. Teachers may struggle to adjust their brick-and-mortar curriculum to the new space, and students may struggle to develop the needed skills to succeed in the online landscape.

Social Science Space has created this resource to allow for students around the world to voice their concerns so as to help improve the online teaching landscape and to help educators understand the student experience. Here, students from around the world are asked to offer their experiences, voice their concerns and suggest their ideas for improvements. If you are a student, please submit responses to Gus.Wachbrit@sagepub.com. Feel free to address the questions you see below or provide your own questions and answers. This resource will develop as responses are received.

To kickstart this resource, we asked several interns working at SAGE Publishing, the parent of Social Science Space, to detail their experiences with the transition to online classrooms and away from campus. We hope that more students will consider sharing their experiences. Please email Michael.Todd@sagepub.com if you are interested in doing so.

Some of these answers may provide educators with direction in terms of creating a welcoming online classroom, other answers may only hint at solutions. In either case, the answers should give educators insight into the sorts of issues that students are facing with the online landscape and the pandemic in general. The voicing of concerns always constitutes the first step in identifying remedies.

What are some of the challenges of studenthood during these times? wWhat do you think of the online teaching landscape?

Ivey | California State University, Northridge: “My motivation has been impacted by moving to online classes. Now that I’m stuck in my house with more time to do homework, it is harder to feel motivated to work on final assignments. Without having a class to physically be in, it’s difficult to get socialization with my peers, feedback from my professor, and the general feeling of accomplishment that follows from bringing in something new each week. I know my assignments are important and I have to finish them to earn my degree, but I have been so distracted. It is hard to focus and find the desire to sit down and work on school.”

Caitlin | Moorpark College (California): “In the fall I will be transferring to a university, and I’m not sure how admissions and transferring will be impacted by this situation. I currently go to community college which fortunately offers most classes online already.

I prefer Zoom to prerecorded lectures because I think prerecorded lectures give students an incentive to skip class (since no attendance is taken). The part that is most difficult about online learning is that it is not as structured as going to class is, so I think having Zoom helps students manage their time more. Zoom is also much more interactive and allows students to talk or ask questions.”

Annie | California State University, Channel Islands: “I feel that studenthood during this time is going through the refiner’s fire. Students will need to take far more initiative and fight complacency to continue with their education on platforms that are new to many of us. Generally, people are inspired by their surroundings. It’s the first step of accomplishing greater things: getting to the place that creates your drive to accomplish those great things. When we think of the internet, many students will think of games, social media, online shopping sites, Netflix, and many more places we go to get away from school, work, and obligation. We are now having to go to that place to continue those latter three areas of life, which is a total game-changer. Information retention, productivity, and focus will be challenged, and students and employees alike will have to evolve to continue the giving and taking of information.”

Soula | Graduate Student at George Washington University (Washington, D.C.): “It seems like this is an adjustment for everyone. I believe that college students are easier to adjust due to already owning the technology and having the means and knowledge for success in online classes. I bet it’s a bit more challenging for younger students.”

Katie | Elementary School Student: “The thing that has been the hardest for me in this virtual learning is definitely not being in the classroom with a teacher to reexplain things. If you do not understand you have to wait for another email to come through to explain from a friend or teacher who knows how long that will take. For example, the other day we were doing a science page and I did not know what a nonexample was. So  I put my question onto the class chat but no one listened or they did not see it because responses to another question were coming up.Then I emailed one or two of my friends on our separate chats.. None responded. I then put on my chat with my teacher. But then and only then someone had been going through our class chat and responded to my question. That took up about 45 min. So that is definitely a bigger struggle. If that is my biggest problem other people have it a lot worse and I am lucky to have the technology I have and parents.”

“Technology is another problem for me. I set a schedule for this one piece of work. I want to get this online math done in 20 minutes. 20 minutes later ARRGH!! It Still Hasn’t Loaded!! I waste a lot of time trying to get onto sites, wait for things to load, and to work, with no glitches.This is a heads up for everyone.  Technology is definitely the biggest problem for me.”

What Can Educators Do To Help You?

Augustus | California Lutheran University: “I wish more of my educators made use of screen-share and notepad in lieu of in-class whiteboards. It is much harder to get distracted when your professor is making notes and screen-sharing.”

Caitlin | Moorpark College: “Educators can help by doing two things–
1) Setting up a concrete schedule with lecture times and due dates. Everything is still “up in the air” for some of my classes, which makes it difficult to prioritize my own schedule.
2) Being flexible with due dates or having to reschedule things if possible.”

Soula | Graduate Student at George Washington University: “I believe that as long as there is good communication between educators and their students then this transition will be easier for everyone.”

Ivey | California State University, Northridge: “Being a student is extremely difficult right now. It’s not even having online classes that makes it difficult—it is the fear. We are so unsure of what lies ahead. Will I get sick? Will my friends or family get sick? When will this all be over? It makes it hard to focus and stay on task for homework and assignments, especially when not getting the feeling of accountability from physically going to class and seeing your professor.”

Jazzmin | California State University, Channel Islands: “Some students with majors like biology, nursing, etc. seem to be challenged more as their majors are hands on with labs versus majors like English (which is my major) where students are able to move online easier.”

We Looked Around the Internet For Thoughts on Online Classrooms...

Grace Lavery via Twitter | UC Berkeley English Professor: “One reason I’m so anti-Zoom is that I teach classes in queer and trans studies, where part of the point is to handle ideas that the family home renders unthinkable. My undergrad students say things that, were they to say them in their parents’ houses, might expose them to harm.”

“All of the senior-year milestones that Haddad had been looking forward to have been cancelled: prom, graduation, and an event called the “Pursuit of Excellence Awards,” where she would have been recognized for perfect attendance. Haddad is planning to take her A.P. exam, though she finds it hard to imagine what the forty-five-minute, cell-phone-friendly version of the test will be like. No one knows how prospective colleges will view it, either.”

“Two of Shannon’s classes are now given as pre-recorded lectures, available online, but the other two meet by Zoom at six in the evening, which means that she can’t take as many shifts at the retirement home as she needs to. She is financing her education through student loans: she borrowed twenty-two thousand dollars for her first year and thirteen thousand dollars for her second, when her financial assistance was increased as a reward for good grades. “I’m such an in-person learner,” she said. “I’m paying all this money for something that isn’t the same.”

“E. went home for winter break but decided to come back early because, they told me over Zoom, their parents were being emotionally abusive. A complicated bureaucratic procedure awaits any Barnard student who attempts to return to their dorm when school is out of session, so E. stayed with an alumna in Brooklyn until the spring semester began.”

A student at Yale, Cameron Wright, added this: “Your whole life can be turned upside down, the people you have spent the past four years with can be torn away at a moment’s notice, and you can feel constant paranoia that you’ll get sick or make others sick. On a broader level, the political systems which are supposed to protect us can fail, the entire logic of our economic system can invert, people can show both their best and their worst selves. I am trying, perhaps in vain, to make something out of this. I believe that life can never—and should never—be the same after this crisis. I have the foreboding sense, however, that we will emerge from this and find ourselves in a world trying to recreate the status quo ante. Even if that is the case, I can’t let that be my own personal response.”

Matt Krupnick | The Hechinger Report: “Glaum said some of her professors chose to send students PowerPoint presentations instead of using videoconference platforms such as Zoom or Skype. “The fact that we’re going to be essentially teaching ourselves is not great,” she said.” 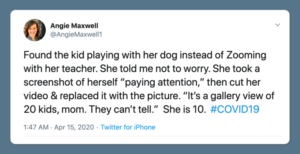