Sinn Féin leader Gerry Adams was arrested by the Police Service of Northern Ireland for questioning over an abduction and murder committed in Belfast in 1972. He maintains his innocence and after four days in custody was released without charge.

Adams’s arrest followed the release by Boston College of oral history material deposited in their archives that had been gathered as part of the Belfast Project.

Although Boston College and the researchers now differ about the lengths to which the college agreed to go to protect recordings in the face of legal action, interviewees in Northern Ireland had been promised the tapes would be kept securely and only revealed after the death of the interviewee.

In a place where everyone knew what happened to those who informed on the paramilitaries, this was not a promise that could be made or accepted lightly. However, the British government went after the tapes under the Mutual Legal Assistance Treaty it had signed with the United States.

Conditions of anonymity
Often, when people allow academics to undertake research, they negotiate terms. Participants in research may, for example, consent on the basis their names will not be disclosed and information obtained about them will be used only by the researchers or only in particular ways.

While not every research participant wants or should be offered anonymity, there are several reasons why researchers should be able to maintain confidentiality. First, interviewees might be reluctant to reveal details about themselves if they think information could be passed on to third parties. Researchers who break confidences might not only make it more difficult for themselves to continue researching but might also disrupt the work of others.

Mark Israel acts as a paid consultant on research ethics and research integrity for a range of Australian higher education and research institutions. He is part of a research team awarded an Australian Research Council. Discovery Grant (DP130104760 2013-15) on the expanding disciplinary scope of research ethics committees: an inquiry into need and resistance. He is also the co-author of Research Ethics for Social Scientists (SAGE 2006) and the upcoming Research Ethics and Integrity for Social Scientists: Beyond Regulatory Compliance coming out in November on SAGE. SAGE is the parent of Social Science Space.

Second, respect for autonomy has become one of the major principles underlying much of research ethics. This suggests people should have the right – as far as possible – to maintain secrets. Finally, as researchers, we really ought to meet those expectations participants reasonably have of us.

Right to speak out
If we make a promise in order to find something out, should we always keep that promise? Perhaps not. There may be some situations where we probably should consider revealing information to a particular person or group.

In some instances, legislation or the courts may require information to be disclosed. Some countries have mandatory reporting requirements requiring particular professionals to report specific activities such as child or elder abuse – Northern Ireland, United States, Canada and Australia do, Great Britain does not.

Courts may also order documents to be disclosed during criminal investigations or civil litigation. Of course, these are legal and not ethical obligations and researchers and courts may reach different conclusions as to what the right course of action might be.

We might also ask whether researchers should breach a confidence if they uncover a miscarriage of justice and are in a position to prevent the wrongful conviction of a third party for a serious offence.

Under pressure to reveal
There are also times when researchers might face considerable formal and informal pressure from government officials or courts to breach confidentiality. There are plenty of “war stories” from fieldworkers that reveal, for example, the Canadian Border Services Agency going after data about people living with precarious immigration status.

If we make a promise in order to find something out, should we always keep that promise? Perhaps not. There may be some situations where we probably should consider revealing information to a particular person or group

There are also stories from courts. For example, in the 1980s a New York student, Mario Brajuha, working on an ethnography of Long Island restaurants was subpoenaed together with his field notes by prosecutors investigating arson in a restaurant.

As part of its defense to an antitrust action in the 1990s, Microsoft unsuccessfully sought access to notes and interview tapes compiled by two American business and management professors as part of their book on Netscape Communications. One of the lawyers in that case was later to advise Boston College on the Belfast Project.

In 2009, the Cook County State Attorney in Illinois obtained a subpoena demanding that David Protess, a Northwestern University journalism professor and then director of the Medill Innocence Project, hand over material relating to interviews by investigative journalism students in connection to a claimed miscarriage of justice.

Despite Protess’ denials, he himself had already made much of the material available to the convicted murderer’s lawyers. According to the Chicago Tribune, Northwestern University later accused the professor of misleading the institution.

Earlier this year, The Globe and Mail reported that two Ottawa criminologists successfully petitioned the Quebec Superior Court to block the execution of a search warrant by police. The police sought data from an interview the researchers had allegedly conducted with a male Montreal sex worker in 2007. The researchers had published the data but had not revealed the interviewee’s identity. The sex worker was later charged with murder.

A likely target
So perhaps it should not have been shocking that in 2011, the British government sought a federal court order in the United States requiring Boston College to surrender oral history interview data relating to the 1972 murder in Belfast of Jean McConville, suspected by the Provisional IRA of acting as a British informant.

The researchers obtained political and media support and sought to protect the data they had deposited with the college. However, the college initially turned over some material. It later attempted to hold on to data provided by an interviewee who was still alive.

In May 2013, the First Circuit Court of Appeals reduced the amount of material to be handed over from 85 interviews to segments of 11 interviews. It was these interviews that reports have suggested may have triggered the events of the last week. This may also cause social researchers to reflect on the promises they make and the lengths that they might be prepared to go to keep them. 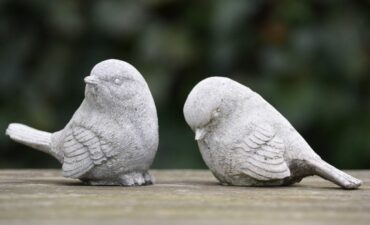 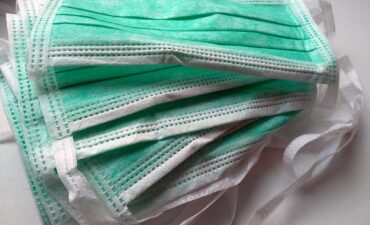 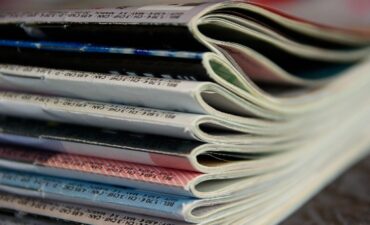