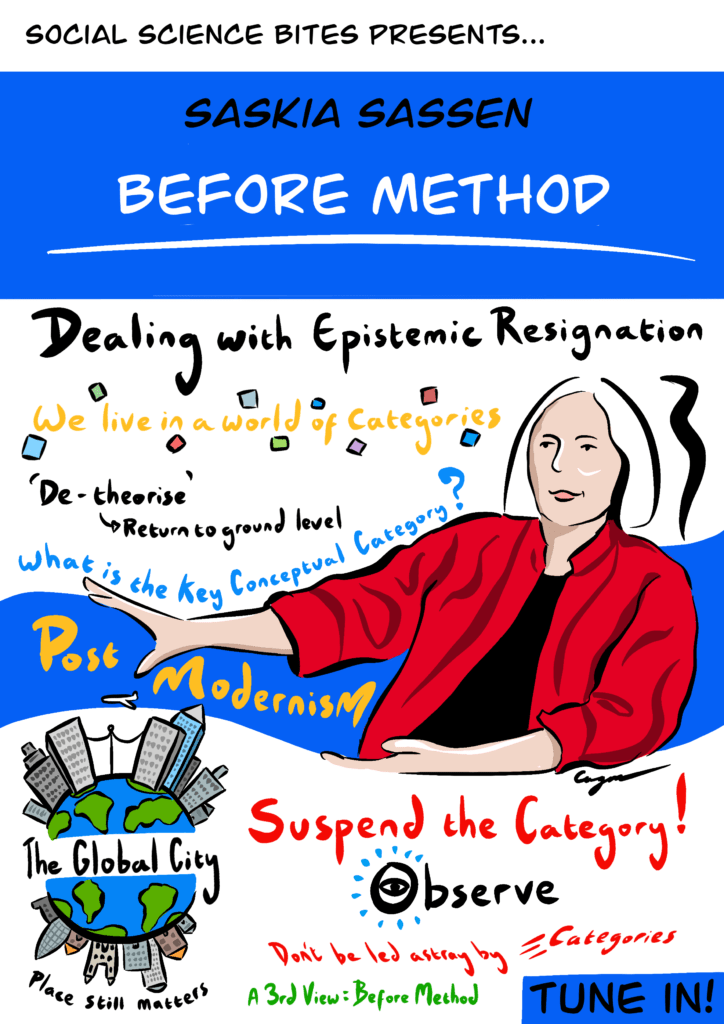 Here’s an idea: social scientists should reflect critically on the prevailing concepts and categories before launching into empirical work with an existing framework. In this episode of the Social Science Bites podcast, urban sociologist Saskia Sassen discusses that concept, called “before method,” with Nigel Warburton. Sassen was born in the Netherlands but raised and educated around the world. She is currently the co-director of Columbia University’s Committee on Global Thought. While Sassen is known worldwide for her concept of the “global city” — describing a metro area that by itself plays a leading role in the world’s socio-economic network — in this interview she brings brings her multi-cultural experiences (her travels across “epistemic domains,” as she tells Warburton) to bear in how to frame social phenomena. This “before method,” an analytic tactic and not an analytic strategy, she tells Warburton is an effort to de-theorize about phenomenon when first studying it, a caution for academics to be on alert against glib if still learned methodologies that create expectations that they then force the data to fit into. Instead, she encourages them to start at the ground level in a project, without benefit of deciding beforehand that they are studying, say, “immigration” when looking at the movement of capital and people. To directly download this podcast, right click HERE and “Save Link As.” Click HERE to download a PDF transcript of this conversation. The full text also appears below. Social Science Bites is made in association with SAGE. For a complete listing of past Social Science Bites podcasts, click here.