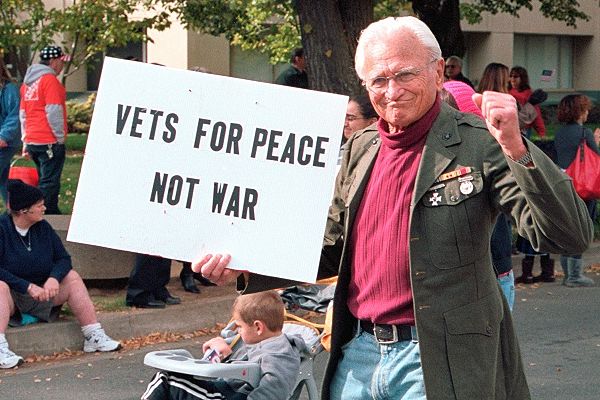 The usual image of political activism is of young people, probably students, waving banners, or even throwing cobbles at serried ranks of law enforcement. But as the eleven papers, brought together for an issue of Contemporary Social Science, by Melissa Nolas and her colleagues from Goldsmith University, show there is a case to be made for the occurrences of political activism right across the life course.

Indeed, some stages in life imply a relationship to activism, especially in relation to environmental concerns, as Catherine Walker from University College London reveals from discussions with children between the ages of 11 and 14. Their position as ‘the next generation’ gives them a perspective on what needs to be done now to protect their futures. This can enable them to be catalysts for environmental actions, not just symbolic representations of what needs to be done.

This awareness of the possibility for political engagement is shown to have roots in those families in which talking politics is an everyday family activity. Although as Nolas and her colleagues uncovered from in-depth study of three families, the crucial influence is the recognition that political issues can be talked about, rather than any specific political orientation.

The power of the family even continues into the online sphere. Veronica Barassi from London’s Goldsmith University examined the digital identities activists revealed. Somewhat surprisingly, these activists often went to some trouble to integrate their childhood and families into their web profiles. They emphasise the importance of family life in shaping their political development.

Teenage girls provide another illustration of how the age, and in their case their gender, influences their narratives of engagement with political campaigns. Jessica Taft, from the University of California at Santa Cruz, interviewed activist girls in North and South America. She discovered that these teenagers found significance in joining political groups. It helped them to deal with the self-image of being different from their peers, who did not really care about what was going on around them. It allowed them to feel they were developing as citizens and adults.

Once a person has committed to political violence, they tend to refashion their past to fit that narrative, as Raquel da Silva from the University of Birmingham demonstrates from detailed discussions with two former clandestine militants from Portugal. Her interviewees, as we all do, re-interpreted their past to give meaning to their current circumstances. Their feeling of having contributed to a moment in history becomes a dominant part of their identity.

Participation in protest is not limited to intellectuals or those with time on their hands, as may sometimes be believed. Sheila Katz from the University of Houston discusses how women’s participation in grassroots activism resulted in feeling less ashamed about being on welfare. They felt empowered through being made aware of the ways in which their own debilitating circumstances were related to broader social inequalities. Challenging the processes that produced those was itself effective in giving them feelings of self-worth.

Examples of activism unfolding throughout life challenges the notion that taking up a cause requires the energy and stamina of youth. Jonathan Guillemot from King’s College London and Debora Price from the University of Manchester indicate that the actual frailty of older people can be used as a political tool to shame decision makers. As in all other contexts, support from those around them and the facilitation of group membership can lead those who feel threatened to take up a cause, even when constrained by a wheelchair.

Activism can take many forms. Rachel Rosen from University College London makes the case for aspects of children’s play to be considered a form of political engagement. Thalia Dragonas and her colleague Anni Vassilou from Athens describe creative youth workshops that bring together Moslem and Christian youngsters in a wide range of creative and artistic activities as contribution to reducing the conflict inherent where they live in Thrace, bordering as it does Bulgaria and Turkey.

An even more implicit form of activism are the choices of older people to live in co-operative, non-conventional housing, studied by Andrea Jones of the University of Sussex. Although the residents of these places do not see themselves as political activists. It is clear that they are making a stand against what is on offer in housing in order both to make their own lives more liveable but also to contribute to a better society as they see it.

Molly Andrews, from the University of East London, summarises the overall sweep of the studies in this volume. Activism exists right across the lifespan, across genders and classes. It emerges as an aspect of identity from within the family and develops, in different ways for different people, into a set of commitments that are shaped by and shape the account that people give of themselves; their personal narratives.