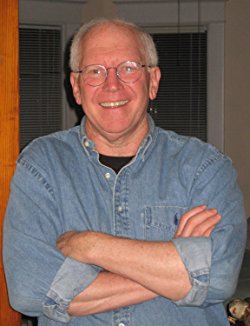 Neil Salkind, a child development psychologist whose academic writing endeared him to generations of students struggling with statistics, has died at age 70. Salkind, a professor emeritus at the University of Kansas, died from melanoma at his home in Lawrence, Kansas on November 18.

Salkind was an amazingly prolific author – he joked he needed to be to send his two children to Ivy League universities – who penned more than 100 books. Asked by interviewer Jewell Willhite “how on earth” he found time to write so much, Salkind answered, “I just worked really hard and fast. This is over 20 years… Well, some of [the books] are small. Some of them are not intended for scholars. Some of them are very pragmatic and applied. Some of them were more scholarly. Some of them were textbooks. So a little bit of everything.”

The gentle good humor of that answer imbues one of his enduring efforts for SAGE Publishing, the Statistics for People Who (Think They) Hate Statistics books.

“Neil Salkind’s statistics textbooks were so successful because Neil had a unique gift for communicating an often-intimidating subject in a playful and humorous way,” recalled Helen Salmon, a senior acquisitions editor with SAGE. “His bestselling Statistics for People Who (Think They) Hate Statistics put students at ease, without being condescending. Neil was incredibly generous with his time and expertise: he published his email address in the front of his books, and would respond to several emails a day from students from around the world who asked for his advice and help. He was a wonderful author to work with, as he was always dreaming up the next project.”

He also was editor, for 13 years, of the Society for Research in Child Development journal Child Development Abstracts and Bibliography, edited several high-profile reference works and even helped fiction writers find publishers.

Neil J. Salkind was born in Newark, New Jersey in 1947 to a factory-worker father who left school after the third grade and a homemaker mother. Despite his household’s straightened circumstances as he grew up in Newark, Salkind said education was always valued. His parents, he said, “felt education was very important. They were very well read and very smart, but the economic circumstances prevented them from going anywhere.”

He himself attended the University of Maryland on a swimming scholarship on a pre-med track – for a while. As he told Willhite, “But that didn’t work out because I never studied. Along with those other courses I took psychology. I got a ‘B’ and I found it interesting. So I switched to that and I did very well in that area.”

He married as an undergrad in 1968, and while on his honeymoon received a draft notice. Despite his swimming prowess he failed his physical and so was never inducted, and graduated with a bachelor’s degree in psychology in 1969.

Salkind credited his wife, Leni, for his decision to pursue education despite his checkered start. “I married the right woman,” he said. “That was enough of an incentive. And I started getting all ‘A’s because I wasn’t living with a bunch of reckless swimmers.” Staying at the University of Maryland, he earned a master’s (1972) and a Ph.D. (1973) in human development. Entering the workaday world, he accepted a position at the University of Kansas, where he  would remain, except for a sabbatical at the University of North Carolina’s Bush Center for Child and Family Policy, for the rest of his career.

His early research interest lay in children’s cognitive development, cognitive style and what was then known as hyperactivity. In mid-career he shifted to focus on child and family policy, specifically the impact of alternative forms of public support on various child and family outcomes.

Three very important things: Stay in very close touch with your editor so he or she knows exactly where you are in the process. Keep extensive notes regarding your sources and don’t defer what you can do now (such as confirming a fact or a reference) for later. Later never seems to come. If you feel like you are taking a shortcut, you are. Don’t take any shortcuts. Be as aggressive as it takes to do the job you want and the job that will lead to a successful book. Talk with other authors—there’s a lot beyond the scholarship that’s important to writing a successful textbook.

“I was trained as a developmental psychologist, but my interests have always been very broad,” he said in 2014. “I originally studied cognitive and social development of children and then child and family policy but have been most intrigued by the nature of the developmental process in general—how change takes place and its importance in the progress of the human organism across the lifespan.”

SAGE turned out to be very important to his publishing ambitions, although he did have big books with other publishers (such as Exploring Research with Prentice Hall). “I was fortunate enough to meet [SAGE’s] C. Deborah Laughton at a conference very early on in my career, and I eventually brought her the idea for the Statistics for People book.” Her enthusiasm spilled over, he said, and his career with SAGE continued for years. Some of his other SAGE texts include his Excel QuickGuide to Statistics, and 100 Question & Answers about Research Methods, the first of the 100 Q&A series he then edited. He edited several encyclopedias, including the Encyclopedia of Human Development, the Encyclopedia of Measurement and Statistics, and the Encyclopedia of Research Design.

“On a personal level,” recounted Salmon, “he was a big-hearted, open and generous friend, who will be very sadly missed by all at SAGE who had the pleasure of working with him over the past two decades.”

He retired from his position as a professor of education of psychology and research at the University of Kansas in 2008, remaining as an emeritus professor. His professional affiliations included the Society for Research and Child Development, the American Educational Research Association, American Psychological Association, and the Association for Irreproducible Results (the group behind the Ig Nobel Prize).

Salkind was also known for his varied activities off-campus, including his famed brownies. Asked about his interests, he replied, “More things than I will ever have time for including letterpress printing, masters swimming, old Volvos and old houses, book collecting, cooking, and reading very speculative time-travel-based science fiction and other genres.” He was also very involved in Lawrence-area charities, including Court Appointed Special Advocates, Audio Reader, Women’s Transitional Care, Health Care Access, and many others.

He is survived by his wife, Leni; daughter, Sara, and son Micah, among others.

Too late to reach Neil but in time to reach younger students. I am a retired Geologist, 69 years old, spent most of my working life in the area of research relating to all sort of natural and man-made catastrophes, especially from the point of view of a reinsurer. From my first semesters at University until the very last day at the Company I worked for, Stochastic and Statistics belonged to the bread and butter of my job. I had quite a hard time studying these two sciences from books at home parallel to my study and job. In this sense… Read more »