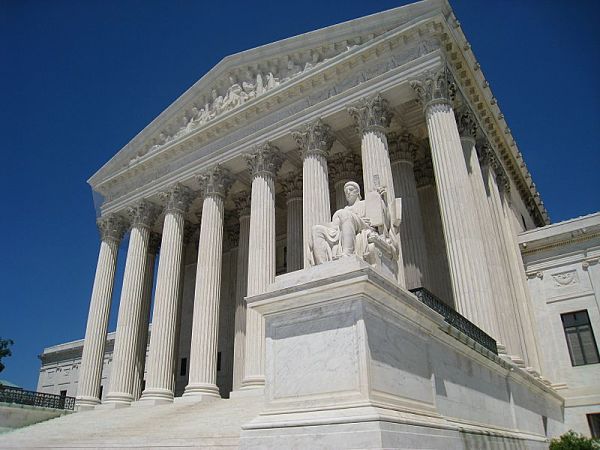 After journalism won in a battle between possible careers in reporting or litigating in his youth, Kenneth Jost has covered legal affairs as a reporter, editor, or columnist since 1970, a time when Richard Nixon was U.S. president and Warren E. Burger was in his second year as Chief Justice of the Supreme Court. Jost has honed his expertise since then, authoring a number of Supreme Court-related products for CQ Press, among them the Supreme Court Yearbook (since the 1992-1993 term), Supreme Court A to Z, and The New York Times on the Supreme Court. He also serves as an editorial consultant on the Supreme Court Collection and a contributing writer to CQ Researcher, where he was a staff writer and later associate editor for 20 years.

Jost is an honors graduate of Harvard College and Georgetown University Law Center, where he teaches media law as an adjunct professor. He’s routinely seen on national news programs opining on the court, and blogs about legal issues at Jost on Justice and tweets @jostonjustice. Taking advantage of his front-row seat and watching and analyzing the court over more than two decades, Social Science Space asked Jost a few questions about the direction of the court and CQ Press’s contribution to charting its historically important actions.

Ken, before we start, please tell me a little bit about yourself. How did you get interested in the law?

Kenneth Jost: Courtroom dramas have been a staple feature of my television viewing ever since I came of age in the 1950s. I remember watching Perry Mason on TV and the later, short-lived series The Defenders. I also read books about law. One in particular was My Life in Court by the famous trial lawyer Louis Nizer: six well-told accounts of cases that Nizer had won. I also read Gideon’s Trumpet, the masterly account of the famous Supreme Court decision guaranteeing criminal defendants the right to a lawyer written by The New York Times‘ great Supreme Court correspondent Anthony Lewis.

In college, I debated between possible careers in journalism or in law. I picked journalism and after a year at my hometown newspaper, the Nashville Tennessean, I was assigned to the court beat. And I’ve been covering law one way or another ever since, now more than 40 years.

Could you tell me about the focus and the purpose of the Supreme Court Yearbook and the Court Reports? (Looks like you’ve been doing them from the start.) Who do you see as the audience?

Kenneth Jost: Supreme Court Yearbook is designed to be a comprehensive reference book on the court’s decisions written in accessible style for a general audience. I’ve been writing it for 25 years now: I started the same year Justice Ginsburg took the bench. We’ll see which of us lasts the longest.

Like other CQ Press products, the books aims at nonpartisan, objective reportage and analysis. Each and every decision is summarized in a standard, easy to use format, reference-book style. The “Top Ten” cases get longer, story-length treatment–from the beginning of the case through the decision and any reaction. No other publication provides coverage in this format. Along with the coverage of individual decisions, the book includes a narrative overview of the year’s legal and political trends and a category-by-category summary of the term’s decisions: individual rights; criminal law; business law; state and local governments.

Court Reports debuted four years ago when the editors suggested regular features to explain and shed some light on the court’s procedures and operations. A good example is the first report, in October 2013: “How Does a Case Get to the Supreme Court?” Another have explained how the justices decide cases, all gathered in a post-argument conference with no one but the justices in the room. The reports are sometimes tied to specific events. For example, my report in March 2017, just as the hearings on Justice Gorsuch were getting under way, was headlined: “Supreme Court Confirmation Process Is Becoming More Partisan and Prolonged.”

If you had to pick a single narrative from the 2016-17 term — specifically based on cases, not the Gorsuch saga — what would it be?

Kenneth Jost: With one seat vacant until the final months, the Supreme Court was slow in taking on cases and cautious in deciding cases. The term ended with only 61 decisions, the lowest number since the early 1950s. Slightly over half of the decisions were unanimous for only the second term in Roberts’ 12 years as chief justice.  With eight justices, the court deliberately delayed some cases that seemed likely to result in inconclusive 4-4 tie votes. And the court simply turned aside cases on such hot-button issues as abortion rights, affirmative action, gay rights, and gun laws. “It was not a year for blockbusters,” as former solicitor general Paul Clement put it at an end-of-term wrap-up.

The yearbook has a couple different ways of parsing out the term such as First Amendment or Election Law. Given your tenure as a court watcher, what areas have we seen court ruling (or inaction) have the biggest effect in recent years?

Kenneth Jost: The Roberts Court has made a distinctive mark in free-speech cases, in particular with a series of decisions striking down campaign finance regulations as improper restrictions on political speech. Most of these have been by 5-4 votes, divided along conservative-liberal lines. The most important is Citizens United, the decision in 2010 that freed corporations and unions to spend money directly from their treasuries on federal election campaigns rather than through separately organized political action committees. The court has also continued a trend that began under Chief Justice William H. Rehnquist of taking a more favorable view of laws and programs that benefit religious believers or religious institutions.

Despite the court’s general conservative orientation, there have been a number of significant liberal victories with Justice Anthony M. Kennedy helping to give the liberal bloc a majority. The most dramatic, of course, is the 5-4 decision in 2015 guaranteeing same-sex couples the right to marry nationwide. In the same year, the court strengthened abortion rights in a 5-3 decision to strike down a Texas law strictly regulating abortion clinics. And a year later the court reaffirmed the limited use of racial preferences by public colleges and universities, with Kennedy again providing the pivotal vote for the liberal bloc.

Interestingly, the court has not charted new paths in criminal law and procedure. The Warren Court decisions that generated so much opposition in the 1960s are now settled law. Of course, there continue to be cases about police interrogation, arrests, searches, and so forth. But the issues are how to apply the Miranda rule, for example, or the exclusionary rule, not whether either or both of those rules should be reconsidered.

There weren’t a lot of cases in the term that really captured the public imagination. What is a case, or cases, that you think really ought to have garnered more attention, or which legal scholars will look at repeatedly in the future?

Kenneth Jost: The court took a significant stand last term against racial prejudice in the jury room in criminal trials. Miguel Peña Rodriguez, a Mexican immigrant, was convicted of sexual misconduct counts by a jury that included a former police officer who made explicit anti-Mexican remarks in the jury room. Colorado courts upheld the conviction based on the general rule against using evidence from the jury room to impeach a jury’s verdict. In a 5-3 decision, however, the court allowed an exception to the no-impeachment rule if a defendant shows evidence that racial animus may have been a significant motivating factor in the verdict. Civil rights advocates applauded the decision, but prosecutors worried about invading the confidentiality of jury deliberations. The decision didn’t make big headlines, but courts are likely to see more such cases in the future.

The Garland/Gorsuch saga seems to suggest that any fig leaf of pretending the high court isn’t a partisan institution has vanished. How do you characterize the court regarding partisanship? What lasting effects do you predict the saga will have on the court?

Kenneth Jost: The Republicans’ decision to block a vote on the Garland nomination was unprecedented partisan obstructionism. Now with Gorsuch on the bench, the partisan fault lines on the Court are more pronounced than ever. Four Republican appointees can be counted on to take conservative positions in most divided cases, while four Democratic appointees take liberal positions in those cases. Justice Anthony M. Kennedy is, in effect, the only bipartisan justice: a Republican appointed by a Republican president after Ronald Reagan’s first choice was rejected by the Democratic-controlled Senate. I’m one of many court watchers who fear that the politicization of the court is only going to increase.

Would you handicap potential changes on the court? Assuming these changes occur during a Trump administration, what scenarios do you foresee?

Kenneth Jost: President Trump is certain to look for another conservative justice in Gorsuch’s mold if there’s a new vacancy while he’s in the White House. I don’t expect Kennedy or Ginsburg to retire unless their health takes a bad turn. And with the Senate now so closely divided, the fight over any Trump nominee would be a no-holds-barred battle.

Does the United States have three co-equal branches of government?

Kenneth Jost: One constitutional scholar once remarked that the federal government consists of three separate branches sharing powers. Congress writes laws, but they can’t be enacted without the president’s signature. The president executes the laws, but he needs Congress to appropriate money for the executive branch and he needs approval from the Senate for the people he chooses to run the agencies. And the Supreme Court gets to exercise judicial review over the laws Congress passes or the actions the president and his executive branch officials take. This system of checks-and-balances results in inevitable conflicts, but it has worked pretty well for more than two centuries to protect Americans’ freedoms by limiting how far Congress or the president can go in exercising the powers the Constitution gives them.

Event
Lori Patton Davis Sees 1954 ‘Brown’ Decision as But a Booster, Not the Vaccine

Business and Management INK
Rethinking Readiness: What it Takes for Your Customers and Employees to Succeed in Today’s Networked Service Environments

2 days ago
132
Event
Watch the Lecture: Like Wildfire – How Climate Justice Should Change Disaster Response

Event
Lori Patton Davis Sees 1954 ‘Brown’ Decision as But a Booster, Not the Vaccine

Business and Management INK
Rethinking Readiness: What it Takes for Your Customers and Employees to Succeed in Today’s Networked Service Environments

2 days ago
132
Event
Watch the Lecture: Like Wildfire – How Climate Justice Should Change Disaster Response