This was my second visit to Science Foo Camp in five years. I described my experience in 2013 in the blog post below, and repeat that post here for two reasons.

We couldn’t take pictures because the location had shifted from the Googleplex main campus to Google X, or as it’s known these days, X. Housed in a massive building that was once a shopping mall, X is where Google’s moonshot projects happen — the ones that have little hope of a return on investment and are therefore the most experimental, risky and presumably imaginative of projects. Maybe this was intended to inspire the 330 assembled scientists, technologists, writers and more (the largest ever SciFoo) to think big.

Not that they needed much inspiration. Once again there was a feeling of conviviality and openness that enabled people to dip in to groups of others they didn’t know and join the swim of a conversation. Those conversations? On the threat or promise of AI, the rapid progress (just the last 12 months) toward cures for haemophilia and other illnesses through gene therapy, science and the arts, four ways the universe could end, how to rehabilitate stroke victims using games or how to build a ‘microbial clock’ that will tell you how long a decaying carcass has been dead (hmm) and normally with a world authority setting out the issues and handling questions.

Whether it was a lightning talk, an unconference session (see below) or a discussion in the bar or on the bus, I encountered a bewildering array of topics and learned a great deal. With my social science hat on, I noted people working in behavioral economics discussing “nudge;” how stereotypes of disabled people change when you describe them, thanks to their prostheses, as bionically enhanced; how fake news is read more critically if you make the category of ‘accuracy’ a bit more salient for people; and the remarkable Laurie Santos discussing her famous happiness course at Yale, their most successful course of all time (taken by one in four of all students) in a context where nearly 85 percent of students feel overwhelmed.

And there were lots of publishing discussions too about how to measure the impact of research, the article of the future, open access, how to reward interdisciplinary work, the value of social science, how to improve science communication, the nature of copyright and many more.

Each person will have taken their own serendipitous path through the conference, which would have been different if you re-ran the weekend for any of us. The unstructured format is a great way to spark unexpected conversation, overlaps, links and a good few future collaborations.

I’ve come away grateful again to Tim O’Reilly, Cat Allman and Chris DiBona from Google, and many people from Nature and Digital Science for hosting such an enjoyable whirligig of ideas. 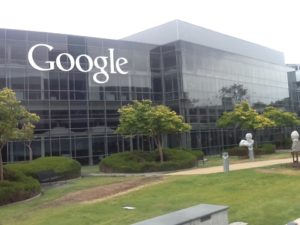 Half way through a session on “How is the digital age bad for us?” an earnest young Googler, sporting regulation ‘awesome’ Google Glass, asked the group: “Would you rather extend your natural life by 30 years, or upload your intelligence into a computer for a perpetual digital future?” He was genuinely surprised to find two-thirds (including me) opting for the former. The fact that fully one third of the audience of 30 or so went for the digital upload is the more striking result it seems to me, at least once you step away from the hyper-real, scientific and technological hothouse that is SciFoo.

I’m writing this having just finished a weekend of stimulating debate and discussion at the 8th Science Foo Camp hosted at the Googleplex in Mountain View, California, and organized by Google, O’Reilly Media and Digital Science.

Our group of 250 assembled on Friday evening under a large tent for mingling and dinner. I was delighted to start by meeting and dining with the economist Tyler Cowen, whose world-class blog Marginal Revolution has educated and entertained so many and which he and his colleague Alex Tabarrok (another camper) have just used to launch their own MOOC to educate hundreds of thousands of students worldwide for free. Exciting for me to meet someone who I’ve admired for years and with whom I argued, in my last book, about whether digital media enhances or limits intimate connections.

We were then ushered into the Seville room in building 43 of the Google campus. After introductory remarks and lots of ‘geek’ and national security jokes from the organizers, the campers (75 percent of whom were male) stood and in three short phrases conveyed an intimidating array of expertise across physical, earth, life and brain sciences and more, including a smattering of open knowledge and science communication advocates, publishers and journalists. Google co-founder Larry Page then addressed the group (including half a dozen Nobel laureates) to ask for help in spending the $50 billion in cash he has on hand to make the world a better place. 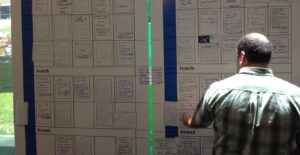 Then the scramble. The ‘unconference’ has no preset agenda; just a large board with time and room slots (10 across, one-hour sessions from 10 a.m. to 9 p.m. on day one, half that on day two, leavened with slots for five minute ‘lightning talks’). Each camper had the chance to write their idea on a Post-it note and stick it into any slot they could find.  The sheer profusion of parallel sessions made it very hard to choose which to join; especially when faced with a range including cognitive and moral enhancement, time before the big bang, seasteading, crowd crafting, reinventing fire, humanity 2.0, the decline of cooperation, art and science, cosmology, disrupting education through MOOCs, open access and big data, the origins of cancer and defragging government. 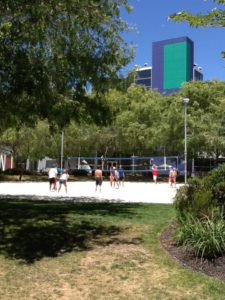 Yet the official sessions were only a small part of the experience. Regardless of eminence or specific expertise, people produced and consumed ideas in a constant democratic flow making connections and deepening understanding with one thumb firmly pressed on fast forward. I can’t remember concentrating so hard and for so long. Unscheduled encounters: The first woman to have walked in space (she went into space three times) turns out to have published a book with SAGE on generative leadership a few years back. I learned about the art and science of listening; the chemistry of cooking; the nature of consciousness came up a lot, almost as much as open knowledge movements and the end of publishing as we know it; moral luck; free will; poor economics; breaking science on breast cancer treatments; story telling; neuro economics; the value of social science; extraterrestrial life; artificial intelligence; cultural stereotypes; research ethics; and the nature of thinking and understanding – and these were just some of the paths I crossed.

If there was a theme it would be around serendipity and connection. For example, I was delayed on the first morning and our shuttle from the hotel got stuck in traffic, making me miss a session on computation and moral psychology. Instead, I had a conversation with the philosopher, sociologist and SAGE author Steve Fuller who was on the same bus and was planning his session running in parallel to mine on the post-human and trans-human. We had a vigorous disagreement about the nature of human nature and how adaptable we are and decided to play out the argument later by mashing our two sessions together. Much of the program grew of out such collaborations, and we continually heard many people talk about unexpected links and insights they’d uncovered whether in sessions or in the bar. And even when out of my depth — such as when watching Lee Smolin debating two other theoretical physicists as to whether time is a ‘stubbornly persistent illusion’ in a block universe — I felt I was gaining something through osmosis at least. 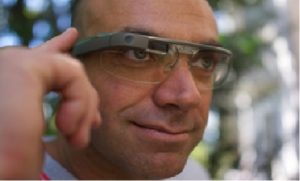 A sense of unreality pervaded the event, particularly given the setting. My Google Glass demo required me to reset the screen with a repeated vigorous nod which made me look like I was having a seizure, though it was pretty ‘cool’ to have quick translations whispered into my ear.

It was easy to feel both welcomed and uneasy here with references to how information would be snooped up and sent to the National Security Agency while talk of UK tax avoidance was avoided, creating something unsettlingly disconnected from normal life about the ‘cool’ and ‘awesome’ atmosphere in google.  I can see now why CEO Eric Schmidt is prone to a slip of the tongue referring to Google as a country rather than company.

I didn’t get the chance to suggest to Page that he give his money to the Gates Foundation (as Warren Buffett has done) but I sensed that would not have been awesome enough an idea. Gifted young men and women coolly surveying all Google Glass were our watchful companions (presumably as willing to upload to the grid as the Googler in my session) as were a ring of security guards to keep campers from straying off limits, which all contributed to the unreality of this otherwise wonderful experience. 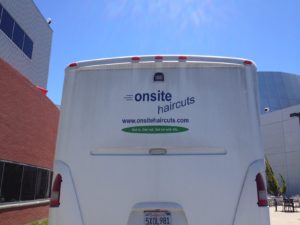 My weekend ended with a blizzard of last-minute conversations with people I hadn’t reached before, and exchanging email addresses and promising to follow up with those I had. The whole experience had something of the heightened good will of a deeply enjoyable wedding, and it was hard to leave without a sense of good fortune and gratitude to have been invited.