Michel Hockx studied Chinese language and literature at Leiden University in The Netherlands and at Liaoning University and Peking University in China. He obtained his PhD in 1994 from Leiden University for a thesis on modern Chinese poetry. In 1996 he joined SOAS, University of London, where he was appointed to the Chair of Chinese in 2002. His research focuses on modern Chinese literary communities, their publications, and their practices. He has published extensively on early 20th-century Chinese magazine literature and print culture and, more recently, on contemporary Internet literature. His current research deals with moral censorship and obscenity legislation in China throughout the modern period under different political systems, and its effects on the preservation and digitization of transgressive publications. 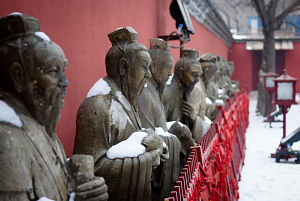 China’s apparent reluctance to publish it social science and humanities scholarship openly is less about what it lets out, argues Michael Hockx, and more about what opening up might let in.

16 hours ago
108
News
How Might Societal Impact be Recognized within an FT Top 50 Journal?