As details emerged on March 11 about the president’s fiscal year 2020 budget, it became increasingly clear that science funding would once again be targeted for significant spending cuts. But a new target also emerged – federal spending on education.

The House and Senate failed to enact appropriations legislation to fund several federal departments and agencies, and, as a result, the federal government experienced a partial government shutdown effective December 22. But there has been some action – the Senate confirmed the nominations of Kelvin Droegemeier as director of the Office of Science and Technology Policy and Steven Dillingham as director of the U.S. Census Bureau.

The threat by Donald Trump to shutdown the U.S. federal government if he doesn’t see funding for a border wall could delay the 2019 budget for the National Science Foundation, a budget that is expected to include an increase in funding for NSF relative to the current year. Meanwhile, the president has named five new people to the National Science Board,. 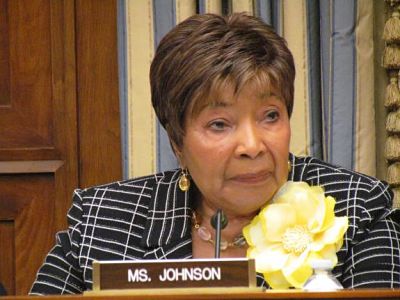 Washington and Social Science: The Midterms and Science Committees

The change in majority control for the U.S. House of Representatives will change the discussions that have occurred around U.S. social science funding as a party that has been openly skeptical of the value of social and behavioral research will no longer pull the strings on funding science.

Washington and Social Science: Rare Accord Seen in Appropriations

The US Senate approved a “minibus” appropriations bill that combined the FY19 Defense and Labor-Health and Human Services-Education Appropriations Acts. The Senate also cleared for the president’s signature the FY19 Defense Authorization Act, and the measure was signed into law on August 13. But the bill that includes NSF funding has gone nowhere.

Washington and Social Science: Will a Wall Derail Budget Train?

The U.S. Congress is focused on passing its suite of appropriations bills — including funding for NSF and the Census — before the end of the current fiscal year, and is further along on that path that has been common in recent years. But a presidential threat to shut down government may upset that plan.

Both houses of the United States Congress have appropriations bills that increase funding for the National Science Foundation and the 2020 Census in the works, and ‘regular order’ is still the rule for seeing them advance to passage. But how long will regular order be regular?

One of the most important issues facing Congress this year is the opioid epidemic that has touched on the lives of so many Americans. On May 17, the House Committee on Energy and Commerce approved a package of 57 bills designed to address the crisis of health and behavior, and the full House is expected to debate these bills later this month.

Washington and Social Science: Could ‘Regular Order’ in Funding Return?

While Congress will have the final say on the fiscal year 2019 budget, the budget proposal offered by President Trump would cut the National Science Foundation’s spending on social science would be cut by more than 10 percent.

1 week ago
869
Insights
Watch the Video Interview: Qualitative Research in an Asian Context

1 week ago
895
Event
Watch the Webinar: Critical Thinking Skills in the Age of Misinformation