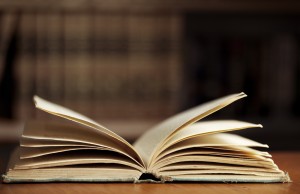 Textbooks occupy an odd place in academic sociology. There is vast variety of textbooks on offer, new ones are published all the time, and textbooks are frequently used in both undergraduate and postgraduate courses. All this seems to suggest that they are uncontroversial and generally accepted. However, when I recently signed a contract to write a textbook myself, a senior colleague warned me in no uncertain terms that this project would contribute in no tangible way to my career or my reputation as a scholar. Indeed, she argued, my standing as a serious academic might be diminished by writing a textbook instead of a monograph based on original empirical or theoretical research. These comments reflect, I think, a general trend in attitudes towards textbooks. From this point of view, textbooks exist at the margins of the discipline, summarising and recycling extant knowledge while fundamentally lacking in original contributions to sociological enquiry.

While this appraisal is not entirely untrue, it needs to be complicated. Ostensibly some textbooks do little more than simplify extant knowledge and offer it up in ways suitable for memorisation and regurgitation in essays or multiple choice tests. Others, however, offer intellectually deep and thoughtful takes on the sociological imagination. Zygmunt Bauman’s Thinking Sociologically is a case in point, as is Peter Berger’s An Invitation to Sociology. Certainly these books do not reside at the margins of sociology. They reflect on fundamental aspects of the sociological imagination in ways that make them relevant to both students and established career sociologists. These examples make it quite obvious that there is much room for original and thoughtful scholarship in textbooks.

Likewise, textbooks play a pivotal role in solidifying generally accepted canons of sociological thought. Textbooks do not just passively reflect those strands of thought that motivate academic sociology at a given point in time. Rather, by bringing them to sociologists’ attention from the earliest stages of their academic development onwards, textbooks make an active contribution to the shape of the sociological imagination. In an earlier blog post, for example, I reflected on the Eurocentric bias of Western sociology. This bias is reflected in the content of the textbooks sociology students in places like the UK and the USA are likely to work with; most textbooks simply pay very little attention to, say, developments in sociological theory in China and Japan or to Latin American social thought. By making sure that sociologists’ gaze remains firmly trained on the Global Northwest right from their first encounters with the discipline, textbooks play an active role in reproducing Eurocentric bias. Conversely, textbooks with a more inclusive perspective on sociological thought might contribute in important ways to sociology’s global turn, by contributing to the training of sociologists who are able and willing to think outside the North Atlantic bubble.

Even textbooks that offer little in the way interesting content may be quite innovative in terms of structure and presentation. While the structure of journal articles and research monographs tends to be closely circumscribed by convention, textbook authors have a lot of leeway to experiment with new ways of presenting sociological ideas. In my last post, for instance, I criticised SOC, a new textbook that looks more like an issue of Cosmopolitan that an academic text, for the way in which it encourages rote learning, superficial thinking, and the oversimplification of complex bodies of knowledge. Nonetheless, SOC’s magazine-like structure is highly original, and it is not so difficult to imagine ways in which this fresh style of presenting sociology to students could be made amenable to deeper and more challenging content. In principle, SOC might even inspire new ways of imagining the presentation of sociological research in books and journals.

The fact that some textbooks do seem disappointingly bland and superficial thus should not be explained through inherent limitations of the genre. Rather, I think, textbook writing in recent years has responded to overall trends in higher education that limit the role of challenging and interesting texts in the sociology classrooms. When universities prioritise degree completion statistics over students’ intellectual development, when students are force-fed the idea that studying serves the purely instrumental purpose of gaining a diploma, and when lecturer’s teaching/admin workload grows to frightening proportions, then the blandest of textbooks comes to be the best quick fix for getting through the semester without major embarrassment. What follows from this, however, is not that textbooks should be disregarded. Rather, for those authors and those teachers of sociology who are willing and able to think outside the box, textbooks still offer a great opportunity to experiment and present sociological ideas in new and interesting ways.

What Do Higher Education Consumers Want?

I personally think that certain Sociology textbooks were really helpful and quite interesting, especially the ones that discussed different themes and perspectives which provided different theories for the behaviour of different social groups. I also liked the ones that, along with that, included different research methodologies. So I really enjoyed Haralambos’ and Holborn’s Sociology: Themes and Perspectives, a really fat book with all sorts of sociological topics, ranging from the family to the sociology of health and illness. I also think Haralambos’ and Holborn’s textbook reflects how good textbooks can be when they reflect the differences between contemporary society and… Read more »