CEOs are accustomed to receiving praise and flattery, but it turns out this behavior has some potentially dangerous consequences. Harvard Business Review’s The Daily Stat this week spotlighted an article from Administrative Science Quarterly which reveals the insidious effects of flattery on the corporate elite. From the Stat:

A 1-standard-deviation increase in the amount of flattery and ingratiating agreement that CEOs receive raises their likelihood of being fired by 64%, say Sun Hyun Park and James D. Westphal of the University of Michigan and Ithai Stern of Northwestern University. Flattery inflates leaders’ opinions of their abilities and prevents them from making changes in the face of poor corporate performance. Over a 12-month period, colleagues and close subordinates admitted making an average of 3.64 statements to CEOs complimenting them in ways that slightly exaggerated the leaders’ insight on strategic issues, the researchers say. 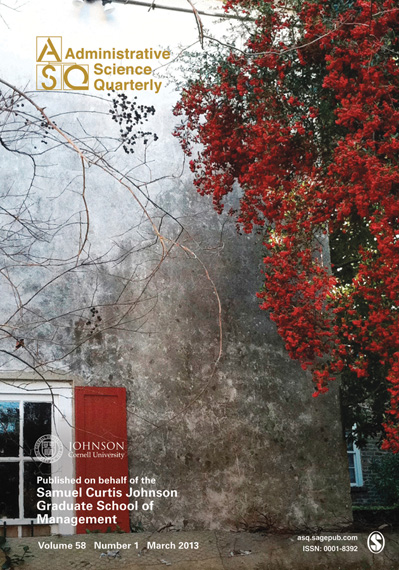 You can read the complete article in Administrative Science Quarterly, “Set up for a Fall: The Insidious Effects of Flattery and Opinion Conformity toward Corporate Leaders,” by following this link. Authors Sun Hyun Park of the USC Marshall School of Business, James D. Westphal of the University of Michigan, and Ithai Stern of Northwestern University write in the abstract:

Our theory suggests how high levels of flattery and opinion conformity can increase CEOs’ overconfidence in their strategic judgment and leadership capability, which results in biased strategic decision making. Specifically, we contend that heightened overconfidence from receiving high levels of such ingratiatory behavior reduces the likelihood that CEOs will initiate needed strategic change in response to poor firm performance. We tested and confirmed our hypotheses with a dataset that includes original survey data from a large sample of U.S. CEOs, other top managers, and board members in the period 2001–2007. Further analyses suggest that strategic persistence that results from high levels of flattery and opinion conformity directed at the CEO can result in the persistence of low firm performance and may ultimately increase the likelihood of the CEO’s dismissal. Implications for theory and research on social influence, sources of overconfidence in decision making, and the dynamics of executive careers are discussed.

Stay on top of findings like these by signing up for e-alerts from ASQ!  This top-tier journal regularly publishes the best theoretical and empirical papers based on dissertations and on the evolving and new work of more established scholars, as well as interdisciplinary work in organizational theory, and informative book reviews.