Editor’s note: We are pleased to welcome Kim Soin of the University of Exeter in the U.K. and Christian Huber of Helmut-Schmidt-University in Germany, whose article “The Sedimentation of an Institution: Changing Governance in U.K. Financial Services” is forthcoming in the Journal of Management Inquiry and now available in the journal’s OnlineFirst section.

Regulation matters, and failures of regulation, have serious consequences. Post financial crisis – and faced with the tricky situation that the UK banks are now seen as ‘too big to fail’ – there is a new urgency in re-thinking how banks should be regulated. There is no doubt that re-building public trust and reputation in the financial system presents a serious challenge to policy makers. Is the solution to regulatory failure more of the same, as the current response seems to suggest and despite the abolition of the Financial Services Authority? Or, should we be thinking about other forms of regulation?

How did we get to the situation where certain styles of regulation seem to be part of the problem – and yet more of the same regulation is being posed as the solution? Or, to put it another way: how did different forms of regulation – usually perceived as failing – become ‘taken-for-granted’ solutions to the various problems of the UK banks? Our research suggests that ‘new’ forms of regulation rely much more on their (failed) predecessors than regulators might like to think.

‘Big Bang’, or the deregulation of the UK financial services sector in 1986, was the first comprehensive attempt to create a unified system of regulation within the UK financial sector. Promoted by a neo-liberalist ideology led by ‘Thatcherism’ in the UK, and ‘Reagonomics’ in the US, the regulatory ethos was one of non-intervention and a conviction that free market forces, healthy competition and self-regulation would provide effective regulation. Big Bang generated a framework of regulation that was, and is to this day, in a continuous state of development and modification. Since then, we have witnessed a cycle of failing regulation, deregulation and re-regulation – encompassing self-regulation, State regulation, market-based regulation and risk-based regulation – none of which have provided the solution of how best to regulate the banks. We have seen scandal after scandal, ranging from the pensions scandal in the late 1980s through to PPI mis-selling, the global financial crisis, and the LIBOR rate fixing scandal – amongst many others. Is anyone else dizzy yet? 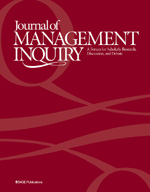 By tracing the development of UK financial regulation between 1986 and 2011 in the field of retail financial services in the UK, we identify four phases of regulation. Each phase is characterised by the (co)existence of four competing approaches to regulation: the profession-based, the State-based, the market-based as well as the market – and risk-based approach – but in each phase one prevails. We show how advocates of the different regulatory approaches (the profession, the State and the market) engaged in fierce competition fuelled by various scandals and explain how these failing approaches have led to taken-for-granted, State-led financial regulation in its current form.

Our findings identify four catalysts that contribute to the taken-for-granted nature of financial regulation: The evocation of neo-liberal ideologies, the appropriation of scandals, the growing number of stakeholders and the increasing organization of stakeholders. We argue that these four catalysts contributed to a form of institutionalization that can best be described by the metaphor of sedimentation – the layering of one regulatory approach upon the other, which ultimately led to the taken-for-granted nature of financial regulation.

What can policy makers and regulators take from this? First, it appears that there are no alternatives to financial services regulation: the concept of financial regulation is seen as an inevitable way to organize the financial services sector. The big question however, is still the same: what type of regulation should be implemented? Second, the days of ‘gentlemanly capitalism’ are dead: recent, and past events have shown that the profession is no longer trusted to self-regulate and the State has become a central actor in this process. Third, even when regulatory approaches (be it the profession, State or market) seemingly become obsolete, they leave behind a sediment that must be taken into consideration: regulators promoting new financial regulations need to be wary of the taken-for-granted legacy of prior approaches. Finally, a web of organizations is seen as necessary for effective financial regulation.

A number of questions remain: Is it enough to focus on preventing the failures of the past repeating themselves, or do we need to think about how to avoid the failures that might emerge in the future? During the last twenty-five years we have witnessed the failure of each form of regulation (the profession, the State and the market). The proposed solution is yet more regulation of the ‘interventionist’ kind, the abolition of the FSA, the creation of two new regulators and a crack down on commission based reward structures. Sound familiar?

But why don’t we look to other sectors for solutions: professionalizing the industry  – similar to doctors and lawyers? Or introducing soft regulations – like the new BSI governance standard, guidelines and codes of good practice? What about the role of compliance cultures – the values and beliefs about the purpose and significance of regulation? Can good compliance be good business? How can the regulator promote this? Similarly, a new vision for managing compliance risk is required.

Regulation matters. It matters in the sense of being vital to building an effective and accountable financial environment. Serious thought needs to be given to the role of banks in society – so that banks (and regulators) can re-build public confidence, trust and reputation. As we enter a new era of financial regulation, surely it is time for some lateral and creative thinking? After all, the banks have been doing it for years.

Read “The Sedimentation of an Institution: Changing Governance in U.K. Financial Services” in the Journal of Management Inquiry.

7 days ago
863
Insights
Watch the Video Interview: Qualitative Research in an Asian Context

7 days ago
863
Insights
Watch the Video Interview: Qualitative Research in an Asian Context

1 week ago
888
Event
Watch the Webinar: Critical Thinking Skills in the Age of Misinformation