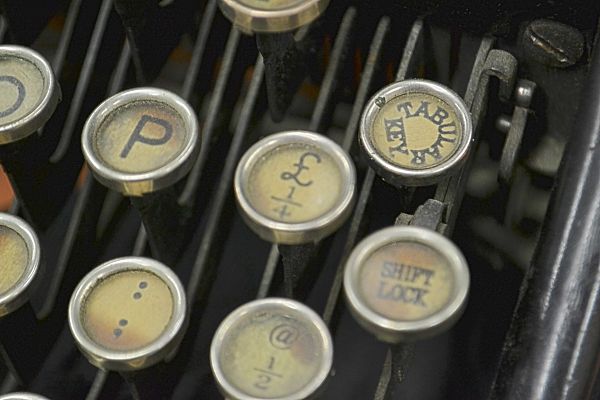 A little over a decade ago, while an associate dean for graduate program development at Texas A&M University, Patricia Goodson started a writing support service for graduate students based on ideas developed by Peter Elbow in his 1981 book Writing With Power. Goodson’s effort gained steam, a lot of it, and Texas A&M’s POWER Writing Support Services – POWER being an acronym for “Promoting Outstanding Writing for Excellence in Research” — is now an important component of the school’s graduate experience. Goodson, meanwhile, is among other things now director of the College of Education and Human Development’s Writing Initiative (i.e. POWER).

Unlike Elbow, an emeritus English professor at the University of Massachusetts, Goodson’s academic roots did not focus on writing for writing’s sake, but on health education. Her own research looks at issues like sexual health, the history of the HIV/AIDS epidemic, and public health genomics, while her teaching has revolved around things like health behavior theory, health research methods, health program evaluation, health education ethics, and advanced health behavior theory. (She received the Presidential Professor for Teaching Excellence at Texas A&M in 2012.)

That combination of influences — practice, classroom and POWER — informs her book, Becoming an Academic Writer: 50 Exercises for Paced, Productive, and Powerful Writing. The book, which saw a second edition come out last year, has been a winner for SAGE Publishing (the parent of Social Science Space) and now the Textbook & Academic Authors Association has awarded Goodson’s book with one of its 2018 Textbook Excellence Awards. In the wake of this honor, announced today, we asked Goodson a couple of questions about writing, both her own and for academics in general.

I’ve been to a few academic conferences where your book has been on display, and regardless of discipline I’ve always seen a lot of people gravitate to it. Why are so many academics concerned (if that’s the right word) about something many might assume they have mastered already? Some, myself included, would say it’s often justified. Do you agree?

In my opinion, the concern is justified because:

(a) Most academic training programs do not teach academic writing at all; the assumption, here, being “If you’re in academia (i.e., college, graduate school, post-doctoral training, faculty, research positions) you master academic writing and know how to successfully navigate the review and publication processes. Most academic programs do not want to admit most of their trainees do not know much about it and, the ones who succeed, have struggled quite a bit on their own to ‘crack the code.’

(b) The concern is justified because the pressure upon academics to write and publish their work is increasing ridiculously. In my career’s early days, to have two or three publications prior to working on a doctoral dissertation was unheard of; now, I have students who have more than 10 pubs before starting their dissertations. The bar is rising, yearly, to unprecedented levels. Having a system to tackle these expectations concerning writing and publishing is imperative.

What was the original reason you wrote the book? Was it development of the POWER approach that led you to write this book?

Patricia Goodson: The main reason for writing the book centered on capturing everything I had been conceptualizing and bringing together into what we now call the POWER Model of writing (a set of principles and strategies that have been around for a long time, and have proven to be quite effective — to learn more about it, you need to read the book…). I wished not only to describe the strategies I was using in my own writing (and was teaching my doctoral students about them), but also wished to ground the strategies in theory. I am a “theory-oriented” academic. I need to understand why certain strategies work (my other book is about theories of health behavior, just to give you an idea).

As I understood why these strategies worked so well, I began sharing them with groups of students and found I was repeating myself, ad nauseum. So the thought of compiling everything in a book format became attractive from a logistic perspective. Having a book would also be useful (and is), when students I teach wish to re-visit something I discuss in my presentations (classes, writing studios or workshops).

In a world of questionable academic writing, what do you identify as the single most common failing among academics aiming to write?

Patricia Goodson: I would say the answer to this question touches on multiple-levels of factors or failings and, therefore, the short answer would be: there isn’t one — precisely because there are many. The academic system in which academic writers are embedded: let’s start there. The system, which places undue pressure on academics to write is, I believe, out of control. It is ridiculous to expect graduate students to be writing as prolifically as senior faculty should be writing. Graduate students are apprentices, still – they need time and practice in order to have something intrinsically valuable to add to the literature.

The reward systems in place are also set up to promote failure and frustration. A colleague of mine (an emeritus distinguished professor) once brought to my attention how the reward system is up-side-down: graduate students and junior faculty are expected to publish prolifically in order to get a job or be promoted/tenured when, in fact, they should be adding to the literature only much later in their careers (when they have something of real value to contribute).

At the personal level (which, I believe, might be what your question is aiming at) a very common failing among academic writers is the belief they will ‘get to their writing’ when they have ‘large chunks of uninterrupted time,’ or when they have accomplished everything else on their to-do lists. Not writing regularly, in small chunks (even when there are no major writing projects in place), and viewing themselves as professional writers may be two of the most glaring problems.

What would you say is your own biggest weakness as an academic writer? And to be fair, what’s your greatest strength?

Patricia Goodson: Not sure if your question aims at the writing itself, or at me, as an academic writer. On the writing itself: my biggest weakness is piling up too much information, in the form of caveats, when writing simple sentences (see…? I just did that!). One of my feedback-providers pointed out that pattern in my writing. The excuse I have is this: I write about controversial topics, very often. Writing about controversies requires a lot of qualifying and explaining. I can’t afford categorical statements in brief sentences, when dealing with debatable topics. The excuse is lame, I admit, and I’m always trying to improve.

One of my weaknesses as an academic writer is over-thinking certain texts. At some point I need to hear someone say: “Good enough is good enough!” Otherwise…

I believe one of my strengths as an academic writer is my willingness to practice, practice, practice. I see every chance I have – including writing answers to these questions on this blog! — as opportunities to practice and, therefore, improve. One strength related to my writing? The ability to create strong starts to otherwise boring texts. I love texts with great ‘hooks,’ catchy titles and powerful opening sentences. Now, it’s important to note I not always accomplish this in my own writing. Nonetheless, I am always thinking about it when I write and when I edit other people’s writing. 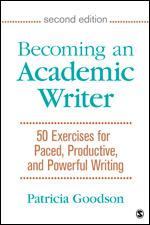 Why did you opt to approach the book as a set of exercises, and not just a straight prescriptive blast?

Patricia Goodson: Simple: because the POWER model I present in the book hinges on the concept of deep or deliberate practice: slowing down, paying attention, catching mistakes or problems through feedback, rinse and repeat… that type of practice. I wanted to write a book that would move people to actually write, not one that would lead to mere reading and forgetting. One of the best comments I received from a reviewer of the book’s final draft said, “This book makes me want to go home and write!” And, since the book’s been out, I’ve heard the same sentiment echoed by several other people. When I hear this, I know I achieved the purpose I had in mind.

While I know all the tips are valuable, if you were told to write a book with only one tip, what would it be?

Patricia Goodson: It would have to be two tips, because one is for the writer (to manage his/her behavior) and the other is for the writing itself (so, think of it as a double-sided coin): Write regularly (preferably, daily) in small chunks, starting now and separate generating text from its editing. Details about these are, of course, in the book.

While receiving an excellence award is certainly an honor, what sort of actionable information does being recognized provide for your own writing/textbook creation?

Patricia Goodson: It is a huge honor, yes, especially because the award comes from a group of academic writers – the Textbook and Academic Authors Association!  So this award indicates my peers see value in the book and, by granting the award, they validate its quality or stamp their approval. The actionable information it provides comprises, then, both good news and bad news. The good news? I can really do this! The bad news? Can I really do this (again)?