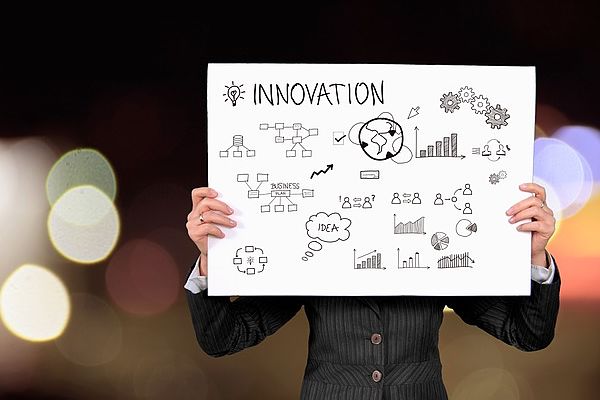 It’s been increasingly popular in American policy circles to bemoan the shifting of research dominance from the United States to other countries, in particular to China. Exploiting the concern that America is slipping has been a useful spur for ensuring the National Science Foundation is well-funded.

Recognizing that NSF funding is only part of any equation to ensure future competiveness, in 2015 a coalition of academic and corporate interests came together to promote what they termed the “innovation imperative.” The rationale is less that innovation is a zero-sum game, but more that future prosperity rests on healthy investment in education and basic research. “Innovation,” said Deborah Wince-Smith, CEO of the Council on Competitiveness, “is a proven driver of productivity and economic growth, job creation and rising living standards.”

Every June since the group’s official debut, Innovation Imperative has released updates on the progress of seven key recommendations they originally made. In broad strokes, these recommendations call for generous federal funding of basic research, ensure taxpayers reap the maximum benefit of that spending, and enshrine the primacy of the government-industry-university axis in embracing research.

“Two of the seven recommendations have been adopted,” said Norman Augustine, a key player in the Innovation Imperative and a former CEO of Lockheed Martin. “However, the world is not standing still and competition is increasing dramatically. We look forward to working with Congress, the White House, and research organizations across America to take additional actions to ensure that our country remains the global leader in innovation.” Augustine co-chaired the group behind the American Academy of Arts & Sciences’ Restoring the Foundation report, which serves as the intellectual backbone of the Innovation Imperative.

In this year’s status report, released today, one key area identified as needing attention remains government spending on research, which has seen legislators take the lead after the administration of Donald Trump proposed cutbacks.

Congress took critical strides to reinvest in scientific research as part of [Fiscal Year] 2018 appropriations. The final funding package included significant increases for some federal research agencies, including a $3 billion increase for the NIH and a 16 percent increase for the Department of Energy’s Office of Science.

Congress has an opportunity in FY19 and beyond to provide similar increases for basic research. Unfortunately, the Administration has proposed significant cuts to several federal science programs and agencies in its FY19 budget, which Congress must fend off and instead provide increased support.

In that vein, on Tuesday the Senate Appropriations Subcommittee on Commerce, Justice, Science, and Related Agencies approved a $63 billion bill that among other things funds the National Science Foundation at $8.1 billion, $301 million above the enacted level in the current fiscal year and $597 million above the request from the Trump administration. This is slightly less than the House of Representatives version of the CJS bill, which rises the budget by another $100 million; the dueling versions will be rectified in a conference committee before going to the president’s desk to be signed into law (or vetoed).

Innovation Imperative also calls for streamlining regulations that impede research. The group applauds a requirement calling on the Office of Management and Budget to host an ongoing review of these regulations, but notes the executive branch agency has yet to stand up the Research Policy Board. The group also noted “relatively modest progress” toward improving student achievement in science, technology, engineering, mathematics even as Trump in 2017 signed a presidential memorandum on the importance STEM education and expanding it and computer science education.

The group also expressed “increasing concern” that U.S. immigration policies and rhetoric were discouraging, and not encouraging, “the best and brightest students, scientists, and engineers” to make a home in the United States.” For the first time in 12 years,” a release from the group states, “the number of international students coming to study and conduct research in the U.S. declined. America must reshape its policies to attract and retain the top students and researchers in an increasingly competitive global market. This includes increasing the number of green cards to allow high-skilled talent from U.S. universities to remain in the U.S.”

Those two recommendations Augustine noted had been enacted were to make a research and development tax credit permanent and to reaffirm merit-based peer review. The Protecting Americans from Tax Hikes Act of 2015 accomplished the first and the American Innovation and Competitiveness Act, one of the last laws signed during the Obama administration in early 2017, accomplished the second.

The Innovation Imperative is a coalition of more than 500 businesses, scientific organizations, and research universities in all 50 states. The organizations coordinating the initiative are the American Academy of Arts and Sciences; American Association for the Advancement of Science; Association of American Universities; Association of Public and Land-grant Universities; Battelle; Coalition for National Science Funding; Coalition for National Security Research; Council on Competitiveness; Energy Sciences Coalition; Task Force on American Innovation; The Science Coalition; and United for Medical Research.

7 days ago
819
Insights
Watch the Video Interview: Qualitative Research in an Asian Context

7 days ago
819
Insights
Watch the Video Interview: Qualitative Research in an Asian Context

1 week ago
845
Event
Watch the Webinar: Critical Thinking Skills in the Age of Misinformation