The Wall Street Journal observed this week that as baby boomers face an unemployment crisis, a growing number of younger workers are beginning to take heed and invest in their futures. Participation in 401(k) plans is on the rise, but some analysts have argued that these plans won’t provide sufficient retirement funds. In his study “Can 401(k) Plans Provide Adequate Retirement Resources?” recently published in Public Finance Review, Peter J. Brady of the Investment Company Institute in Washington counters that, done properly, 401(k) plans can do the job: 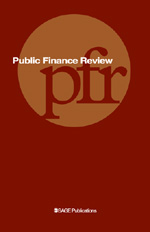 Even though they have only existed since 1981, some analysts have concluded that 401(k) plans are a failure. For example, some argue that 401(k) plans are ‘‘coming up short’’ due to, among other factors, the low contribution rates of participants. A recent government report concluded that ‘‘low defined contribution plan savings may pose challenges to retirement security.’’ There are also proposals to replace 401(k) plans with mandated savings. This article illustrates that moderate 401(k) contribution rates can lead to adequate retirement income for many workers; that adequate asset accumulation can be achieved using only a 401(k) plan; and that these results do not rely on earning an investment premium on risky assets. Using Monte Carlo simulation techniques, this study also illustrates the investment risk faced by participants who choose to invest in risky assets, or who choose to make systematic withdrawals in retirement rather than annuitize their account balance.

Read the article in the March 2012 issue of Public Finance Review, a professional forum devoted to economic research, theory, and policy application. Click here to learn more about the journal, and follow this link to get e-alerts about new research from PFR.