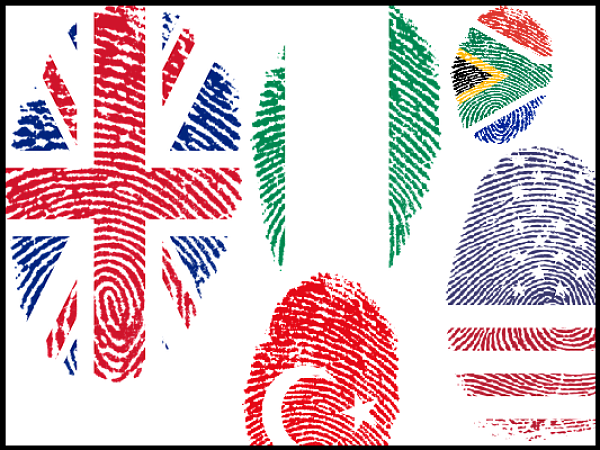 Although most citizens in developed Western societies have relatively little direct contact with crime as victims and even fewer as offenders, criminality reaches out to influence most aspects of people’s daily lives. Criminology and related social science disciplines rarely examine these broader aspects, yet a moments consideration reveals how much of societal processes are geared to dealing with crime. Would large-scale police forces be necessary if they only had to deal with crowd and traffic control? Would a vast judiciary and all their related employees in support be necessary if they just needed to deal with family disputes and civil proceedings? Then there is the insurance industry and the financial activity which builds on it. Would it be so commercially successful if its clients felt no need to insure against crime? Television drama, of course, would be impoverished if it could not upload a nightly diet of murder and mayhem. Factual broadcasting also has a prominent stream reporting on criminality.

That much of society’s resources are devoted to dealing with, or preparing for the possibility of, crime it is apparent that crime also has broader implications for many different facets of society. It suggests that rather than being an outlawed subset of social activity, crime is an integrated aspect of societal processes. This explored in a special issue of Contemporary Social Science, soon to be published as a book, where some of the direct and indirect social impacts of criminality are revealed.

I brought these papers together to illustrate the recurring that crime is not an isolated subset of social activity. It is an integrated aspect of any culture. For example, even mass shootings, which might be assumed to be uniquely individual, are shown by Chrystie Myketiak, from the University of Brighton in the United Kingdom, to be deeply embedded in the perpetrator’s reactions to the society around him. Although these killings are not to be exonerated in any way, the Californian shooters’ extremely low self-esteem is related to the multiple social inequalities he believes he has experienced.

The other side of this experience are public attitudes to minorities. Elif Bulut from Ipek University in Ankara. He reveals that negative attitudes towards Muslims in the United States are not based on fear of violence, but rather the view that any sub-culture that is different from the American way of life is a threat to traditional American values.

Exploring the relationship between crime and Islamic religiosity, Ozden Ozbay from Cumhuriyet University in Sivas, Turkey, carried out a large survey in Turkey and found no strong direct relationship. But interestingly, the Islamic prohibition on alcohol did tend to relate to lower crime levels.

The socio-cultural integration of criminality raises the possibility that a country may have a ‘natural’ crime rate. This is supported by Jagadish Sahu and his colleague Chandan Kumar Mohanty from Jawaharlal Nehru University in New Delhi using a statistically sophisticated process. They show that although there is a general trend for the crime rate to remain stable over time, violent crimes may be a stronger reflection of short-term changes in society than property related crimes.

In their remarkable study in Nigeria, based on surveys of sex workers and those associated with them, including brothel keepers, Sogo Olofinbiyi and his colleagues from the University of KwaZulu-Natal in Durban, show just how complex the social context of criminal activity can be. Sex workers use of drugs does not generate their criminal activity. Rather it is the network of contacts that sex work brings them into which opens the way for a variety of criminality, even murder of clients. They make choices that relate to their understanding of the limited opportunities available to them.

Rather than being an outlawed subset of social activity, crime is an integrated aspect of societal processes

Social processes not only influence the prevalence of crime but also how it is investigated. In a salutary study of homicide clear-up rates, Alonzo DeCarlo from Benedictine University in Illinois concludes that, in a city with high poverty levels, the murder of an African-American is solved in a little over half the cases. This contrasts with a clear-up rate of close to 90 percent for Caucasian victims in small, affluent towns. This illustrates how society creates a self-sustaining process that challenges the fundamental right of equal treatment before the law.

The rapid changes in how people interact with each other, especially through globalization enhanced by the internet, creates a social inertia which criminals can take advantage of. Mary Aiken and her colleagues from the CyberPsychology Research Centre in Dublin, in their study of cybercrime, show that many individuals using the internet think they are operating in a private domain, unaware that they are opening themselves up to the World Wide Web. This suggests that one of the challenges of dealing with many forms of cybercrime is to change people’s understanding of their place in internet society and the way that society functions, fostering an awareness of the culture they are actually part of.

The internet — with all its private, secret and ‘dark’ aspects — provides increased opportunity for clandestine contact between criminals, but this is just one aspect of increasing globalization of all aspects of criminality. Yet as Michael Levi, from Cardiff University, demonstrates in his review of ‘organised crime’ that there are very different forms of exposure to this in different countries across Europe. Once again, the local culture influences the form the criminal gangs, teams and networks take.

Another example of the recursive societal processes that maintain levels of offending in any population is shown by Myia Egleton and her colleagues from Morgan State University in Baltimore. In studying homelessness among African-Americans who have been in prison, the academics learned that these men are very likely to find themselves without anywhere to live on leaving prison. Being homeless makes integration back into society much more difficult — and increases the likelihood that these men will drift back into crime.

The central message that emerges from all these studies is that criminality is an integral part of how society, and its culture, is constructed. Thinking of crime as generated by abnormal individuals that is the responsibility of law enforcement and the judicial system is to ignore the endemic processes that sustain it and those who deal with it on a daily basis.

The extensive international coverage of the papers brought together here, from the USA to Turkey and the UK to Nigeria and India, is testament to the growing understanding across the world of the social psychological and cultural process that maintain criminality and its consequences. The range of studies demonstrates that crime is an aspect of society. To paraphrase Sigmund Freud’s claim that dreams are the royal road to the unconscious, the study of crime is a main avenue to understanding how society functions.

2 weeks ago
816
Communication
Watch the Video: What’s Next for #AcademicTwitter?

2 weeks ago
816
Communication
Watch the Video: What’s Next for #AcademicTwitter?

2 weeks ago
781
International Debate
The Covid Pandemic in France: A Review