Sociologist Neil Smelser, whose research on collective behavior and economic sociology were rivaled by his tenure as a mentor, teacher, and liaison to a restive University of California-Berkeley student body in the 1960s, has died at age 87. According to the university, he died peacefully at his Berkeley home on October 2.

Smelser had a storied academic career, starting at an early age – he was tenured a year after earning his Ph.D. – and continuing deep into his retirement. As the university press release noted, “From his retirement in 1994 until the last year of his life, Smelser remained a whirlwind of activity on campus and beyond.” Those activities included writing seven books, directing the Center for Advanced Behavioral Sciences at Stanford from 1994 to 2001, being the president of the American Sociological Association in 1995, and mentoring Berkeley undergrads, junior faculty and Robert Wood Johnson postdoctoral fellows.

But it was as an academic theorist that Smelser’s impact was felt the widest, as many of his peers recognized well before his death. As Jeffrey Alexander, Gary Marx and Christine Williams wrote in their 2004 book Self, Social Structure and Belief, “Future historians will write about Neil Smelser as an iconic figure in twentieth-century sociology’s second half. … In many respects, both Neil Smelser and the social sciences matured together in the second half of the last century. Smelser expanded his areas of research to include sociology, psychology, economics, and history at the same time that newly synthetic cross-disciplinary programs, area studies, and applied programs appeared.”

Neil Joseph Smelser was born on July 22, 1930, at his grandparents’ farm outside the tiny city of Kahoka, Missouri. His parents, both teachers, moved to Phoenix, Arizona six weeks later, and that’s where young Neil and his two brothers grew up. He went through public schools in Phoenix, and attended Harvard University, graduating summa cum laude in 1952. From Harvard he attended Oxford University as a Rhodes Scholar, returning to Harvard for his Ph.D. in sociology. In his first year of grad school, Smelser co-authored the book Economy and Society with Talcott Parsons, establishing both his propensity for economic sociology and achievement at a young age.

After getting his Harvard Ph.D. in 1958, he joined the faculty at Berkeley as an associate professor of sociology, and achieved tenure the next year. Two years later, at age 31, he became editor of the American Sociological Review.  In 1965 he was appointed Chancellor’s Special Assistant for Student Political Activity, serving as a liaison to the student body during the most turbulent time in American university history, and at one of the most turbulent campuses.

“He was a very impressive leader,” Berkeley sociology professor Claude Fischer told the Daily Cal. “I was taken with his ability to work together with people to find common ground and work over conflicts or disagreement — the constant diplomat.”

Smelser could be counted on to serve his home campus, and over the years acted as assistant chancellor for educational development, chair of sociology, UC Berkeley faculty representative to the UC regents, and chair of the Academic Senate Policy Committee, among other roles. 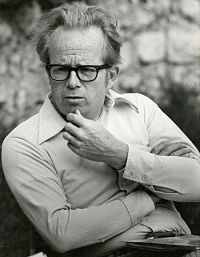 “The Rational and the Ambivalent in the Social Sciences,” Neil Smelser’s presidential address at the 1997 annual meeting of the American Sociological Association

“Neil was not only one of the leading sociologists of his generation; he contributed greatly to Berkeley in many ways,” UC Berkeley Chancellor Carol Christ said, “from the Smelser Report on Lower Division Education to his Clark Kerr Lectures, ‘Dynamics of the Contemporary University.’ He was one of the deepest thinkers about higher education and an extraordinary campus citizen.” The Smelser report, released in 1986, called on the UC system to improve the quality of academic life, especially for freshmen and sophomores.

“I confess that I often feel that my university is a community, that I am a member of it, and that I love it as a community,” he closed out his 2012 Kerr lecture on “Dynamics of American Universities.” “Those feelings are genuine enough, but I do not, I think, take the next step and delude myself into a view that that community really exists.”

As a theorist – and a trained psychoanalyst – Smelser’s research encompassed “sociology, psychology, economics, and history at the same time that newly synthetic cross-disciplinary programs, area studies, and applied programs appeared,” Alexander, Marx and Williams noted in their book.

“Through his work with commissions and foundations and as a spokesperson for the social sciences, he sought a greater public role for sociology and helped to foster the gradual infiltration of their findings and methods into other disciplines, practical settings, and popular culture. … There is one fundamental respect, however, in which Smelser has broken with dominant trends. The last thirty years have been marked by increasing fragmentation and seemingly endless specialization. It has been an age of centrifugal conceptual forces and centripetal methodological rigor. These post-1960s scientific developments have unfolded against a background of ideological jeremiads, the continuous reference to social crisis, and alternations between elegies and eulogies to revolutionary social change. Through all this Smelser has continued to uphold generality and synthesis as worthy scientific goals. … He has kept his eye on the ball as well as on the ballpark, on what is enduring as well as what is new.”

His largest academic contributions generally centered on economic sociology, such as his value-added theory, which echoed his work as a Free Speech era liaison by setting out the conditions for some kinds of collective behavior to succeed. Also known as the ‘strain theory,’ one key condition is for some sort of injustice to strain society.

“Until a person like Neil Smelser has passed from life, it is hard to appreciate the enormity of the intellectual and emotional space a person inhabits in a discipline, an institution and the lives of many students,” eulogized Arlie Hochschild, a Berkley sociologist Smelser once mentored. “For all these other great accomplishments, I know I am one of many graduate students whom he took time to mentor. This he did through his even-tempered positive attitude, his ecumenicalism and his reassuring sense of forward motion.” Other prominent mentees of his include  Jeffrey Alexander and Ann Swidler.

“He had a very lucid mind,” Alexander told the Daily Cal. “(He was) one of the most logical and conceptually brilliant sociologists who ever lived.”

Smelser was also a prolific writer, as his post-retirement count suggests. He wrote more than a dozen books, including classics such as 1962’s Theory of Collective Behavior, 1963’s The Sociology of Economic Life, 1991’s Social Paralysis and Social Change: British Working-Class Education in the Nineteenth Century, 1997’s Problematics of Sociology, and 2007’s The Faces of Terrorism: Social and Psychological Dimensions.  Recent books include Dynamics of the Contemporary University: Growth, Accretion, and Conflict from 2013, Getting Sociology Right from 2014, and his most recent book, The Odyssey Experience: Physical, Social, Psychological, and Spiritual Journeys. Several of his books were put out by SAGE Publishing (the parent of Social Science Space), including Effective Committee Service, Handbook of Sociology, and Economy and Society.

Reflecting later on his work on the Handbook, which SAGE founder Sara Miller McCune termed “a landmark in the field of sociology at the time,” Smelser cited his own mastery of synthesis:

Well, this was a good reason for choosing me as editor of the handbook, because I had done research in a lot of different areas and I was always interested in the borders. Borders of the field. Bringing in a synthetic style and I also—I had commented on the fragmentation of the field in the introduction as one of the threads of intellectual history and, of course, that wasn’t that particularly profound. It was right in front of your eyes and still going on, of course.

He is survived by his wife of 50 years, Sharin Smelser, four children – sons Joseph and Eric, daughters Sarah and Tina — and a number of grandchildren. Contributions in his memory may be made to the Neil J. Smelser Graduate Student Support Fund; for information on the fund, contact Michael Schneider at mschneider@berkeley.edu

1 day ago
191
Communication
How ChatGPT Could Transform Higher Education

1 day ago
191
Communication
How ChatGPT Could Transform Higher Education

1 week ago
1163
Public Policy
Watch the Webinar: The Cost-of-Living Crisis