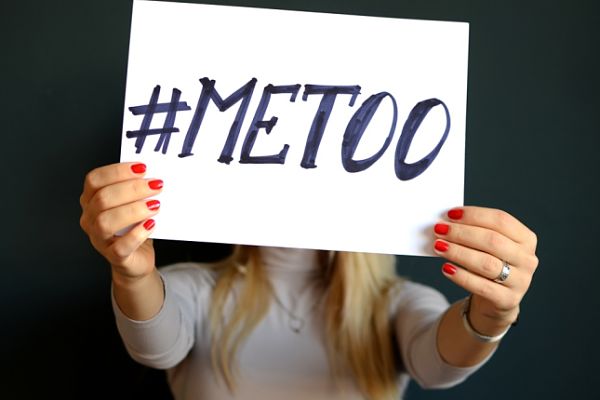 When you have worked in the academic business for a long time, you remember moral panics from previous times around. Sexual harassment is one such. It was an issue when I was working in Oxford in the 1980s, it was a central feature of training courses for US sociology department chairs that I attended in the 1990s, and, for the last several years, the US social science conferences that I go to have been advertising helplines for people affected by it. Nevertheless, we are confronted with claims about the ‘discovery’ of this behaviour as a new social problem.

Developing an effective response, however, may require us to consider questions about institutional memory, occupational cultures, and organizational silos, rather than badly behaved individuals. This problem has a history.

Sometime in the mid-1980s, while I was a research fellow in Oxford, student representatives raised concerns about the sexual harassment of women undergraduates. The university’s distinctive teaching methods – personal or very small group tutorials – created opportunities for inappropriate behaviour. Moreover, the rooms used for teaching were often furnished for the use of resident fellows, with convenient beds, sofas and bathrooms. The university and colleges seriously investigated these concerns. Harassment by established faculty members was found to be very rare: most of the cases identified involved junior research fellows or advanced PhD students doing hourly-paid teaching to supplement their income. The harassers were relatively close in age and experience to the harassed. The core issue seemed to be one of professional boundaries: approaches to undergraduates that might be appropriate in a social context were not acceptable within a teaching relationship. Some casual teachers were quietly dropped, induction processes were strengthened, and many colleges adapted tutorial rooms to create more office-like environments.

Oxford may or may not still be addressing the boundaries of professional behaviour in inductions, but the interesting question is why other UK universities did not pick up on this. Their larger-group teaching methods may partly explain the indifference but are surely not the whole story. Another part may be a legacy issue from the climate of the 1960s and 1970s. A generation of faculty tenured at a young age during those years have been reluctant to criticise their successors for behaviour they had considered normal.

I encountered this as a department chair in the 1990s. In those days, there was very little UK training for this role. I persuaded my university to fund me to attend two events organized by the American Sociological Association. Both gave considerable attention to the issue of sexual harassment of undergraduates by faculty. The US has a long-standing problem of ‘sex for grades’ because of the practice of course teachers being the sole evaluators of assignments. In the UK, grades are reviewed by colleagues and the final mark is a collective product, which weakens the incentives on both sides. Clearly, the ASA were addressing a common issue for chairs and encouraging them to challenge tenured faculty behaviour.

When I returned, I shared my experience with our director of HR. He made it abundantly clear that he did not want to know about any cases and would not act on any information I gave him. He thought that they would be difficult and have a negative impact on the university’s reputation. I was not unduly disheartened because I was confident the vice-chancellor would take a very different line. I briefed my department and underlined my view that we should no more expect to have sexual relations with our students – at any level – than would a doctor or a lawyer.

Imagine, then, my feelings when, some years later and in another management role, a PhD student disclosed the history of the serial sexual pursuit of vulnerable women undergraduates by a tenured member of the department. Why, I asked her, had no-one come to me about it? Because we thought you knew and condoned it, was her response. When I explored further, I established that a ‘home guard’ of older ‘radical’ male faculty had protected a younger colleague as an act of cultural resistance to changes that I had been recruited to introduce. Their silence was a deliberate political action. In a way, it was a symptom of the department’s need to modernize: by the 1990s, the rest of the world had moved on from the 1960s view that the appropriate position of women in radical movements was horizontal. Sadly, there was now nothing to be done. I had left that department and the individual concerned had been encouraged to move on for other reasons. However, as I have shared the story in other contexts, it has become clear that it is widely recognizable, particularly in departments that have a legacy of older male faculty. While they may not be active harassers themselves, they are reluctant to call out the behaviour of younger colleagues. Our profession simply does not have a widely-shared culture that regards the sexual exploitation of students and juniors as unacceptable.

Clearly, some associations have tried to give a lead, as the ASA was doing in the 1990s. By that time, they had already decided that it was not appropriate for department chairs to interview job candidates in their hotel rooms at the annual meetings and had created a public space for this. (US academic conferences have aspects of medieval hiring fairs because of the logistics of bringing job candidates to departments.) However, I gather the Modern Languages Association, for example, still thinks this is acceptable. More recently, ASA, and other social science association, conference programmes have included specific statements about proper behaviour at the annual meetings and ways to file complaints with their staff. When I discuss these practices with STEM colleagues, though, they tend to be seen as evidence of the excessive political correctness of US social sciences, rather than as important signals about professional conduct. The academic profession prefers working in silos to sharing experience of a significant problem and possible responses.

Whatever standards we try to establish, some colleagues will inevitably fall short. The presumption against intimate relationships between doctors and their patients does not mean that no doctor ever has sex with a patient. That presumption does, though, set a benchmark against which judgements can be made and careers can be broken. Current concerns remind us of the importance of institutional memory and the continued reaffirmation of our professional ethic, of developing a consistent approach to malpractice, and of recognizing the bargain between universities and their host societies that underpins our privileges. Sexual relations between faculty and students or untenured colleagues are not an occupational entitlement or fringe benefit.