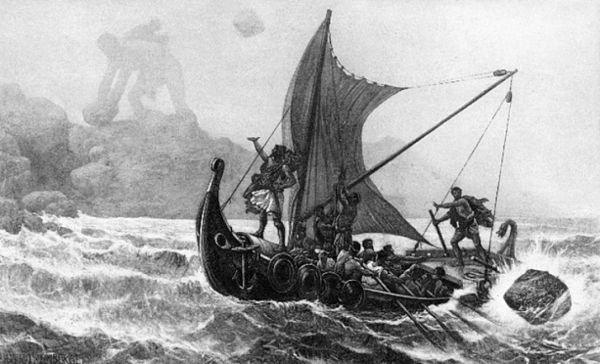 What makes a good leader?

This question confronts us at every election and with every domestic and international policy decision. As a professor of classical languages and literature for more than 30 years, I marvel at our insistence on addressing this question as if it were brand new.

Centuries ago, myths helped the Greeks learn to reject tyrannical authority and identify the qualities of good leadership. As I write in my book Enraged, the same myths that long predate the world’s very first democracy have lessons for us today – just as they did for the ancient Greeks centuries ago.

Long before the Athenians first instituted their radical direct democracy in 508 B.C., Homer’s “Odyssey” began to teach the ancient Greeks to recognize good leadership when they saw it and to despise the alternative. Until the late sixth century B.C., the autocratic rule of warlords, kings and tyrants was all that anyone had ever seen. The Odyssey, transmitted orally over centuries before ever being written down, powerfully shaped ancient Greek ideas about what constitutes good leadership. It is one of the two earliest surviving texts of Western civilization and identifies two crucial elements of good leadership: respect and reciprocity.

The “Odyssey” starts by emphasizing that greedy, unrestrained, irresponsible leadership makes communal life intolerable for everyone. By contrast a good leader respects his obligations to his people, and ensures that they respect theirs to him and to one another. This produces order, harmony and happiness for everyone – powerful and weak alike.

As the story begins, the protagonist, Greek warrior Odysseus, has been shipwrecked on his way home after the Greeks conquered Troy. Odysseus is marooned on an island in the middle of nowhere. His absence has permitted powerful young men in his community to take over his household. They are slaughtering and eating all of his cattle, drinking up all of his wine and mistreating his servants and family. Each of these men seeks to marry Odysseus’s wife, but she’s stalling for time. Neither she, nor her son, nor anyone in the community can rein in these gluttonous, unrestrained, destructive young men – least of all the young men themselves.

The narrator and the characters, including the suitors themselves, refer to these young men as the “best” men in the community, but neither the audience nor anyone within the story can consider them good leaders. They hold all power in the community; no one else has any authority over them. But the narrator reveals that their behavior is both destructive and self-defeating. They verbally abuse Odysseus’s wife and son, and violate all decent norms of behavior toward guests, servants and others in the community.

Athena, goddess of wisdom, observes that “any wise man who came among them would be displeased and ashamed seeing their many shameful deeds.”

Odysseus’s son, speaking to community elders about the suitors, insists that “unendurable deeds have been done, and ignobly my household has been destroyed. Even you yourselves must be indignant and ashamed before other men in neighboring communities.”

By contrast, Odysseus is described as a wise and good leader. The great god Zeus identifies him as “excelling all mortals in his intellect.” Many characters, including one of Odysseus’s former companions and the goddess Athena, recall that Odysseus was “gentle and kind, like a father.”

Odysseus presided over a happy, thriving community. He respected his obligations to those under his rule, earning the affection and loyalty of his family, servants and subjects. Despite his nearly 20-year absence, his family, friends and many servants remain loyal. Everyone longs for Odysseus’s return.

Seeking news of his father, Odysseus’s son visits two other communities, each ruled by a compassionate, benevolent king. Each king respects his obligations to the gods and to his people. Each provides feasts and celebrations including music, dancing and storytelling. Each entertains guests graciously and generously. The people, in turn, respect their obligations to their king, the gods, one another and guests. Everyone lives happily, fully and harmoniously.

In these examples of communal life among mortals, the Odyssey suggests that the quality of life in a human community depends on the quality of its leaders. Greedy, violent, unrestrained leaders like the suitors create chaos and misery. Good, responsible, admirable leaders like Odysseus promote mutual respect, harmony and happiness for all.

The impermanence of human tyranny

At the same time, the Odyssey suggests that human beings should not admire or foster authority that relies on violence and intimidation. The community of the gods provides an instructive counterexample.

Among the gods, Zeus’s absolute authority requires not respect or reciprocity, but overwhelming physical power. Zeus remains eternally capable of compelling obedience from other gods not by debate and persuasion but by tyrannical force and intimidation. The other gods have no choice but to accept Zeus’s physical dominance.

By contrast, human beings who rely on violence and intimidation are susceptible to violent overthrow: Upon his return, Odysseus slaughters all of the brutal, bullying suitors. He also murders his servants who colluded with them. Anticipating by thousands of years the violent overthrow of 21st-century dictators during the Arab Spring, for example, the Odyssey suggests that
mortal despots cannot preserve their death grip on power forever.

The Odyssey encourages us to choose our leaders and role models carefully. Politicians, celebrities and financially successful individuals do not deserve our respect, admiration and emulation because they are good at promoting themselves and their own interests. They do not deserve respect for unrestrained material acquisition and ostentatious consumption.

The Odyssey reminds us that leaders deserve our respect, admiration and support for leading well. That is, for fulfilling their obligations and promoting the well-being of everyone in the community. Unlike a tyrant, a good leader cannot succeed at everyone else’s expense. Good leadership, as the “Odyssey” depicts it, requires and promotes mutual respect and reciprocity.

The problem in a democracy is in determining just whom will prove to be a good leader. Those who have done well for themselves may be attractive because of their potential to do well for the populace. Their charisma may be mistaken for good character, their expensive clothes for good taste and their ruthless self-promotion for strong leadership.Such political leaders can find it easy to get elected by significant minorities of the population. However, their dark traits of insincere charm, lying, cunning, selfish greed, irresponsibility and willingness to claim the good work of others as their own, often mark them… Read more »