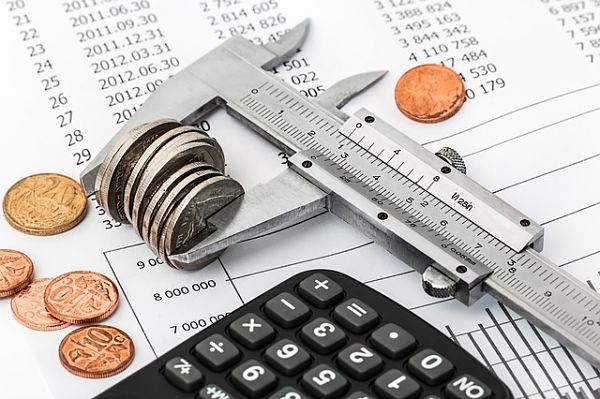 Ten years have passed since the collapse of Lehman Brothers: this unprecedented event remains today a topic of the greatest concern. Indeed, regulation theory teaches us that the major financial crises – those of 1929 and 1987, for example – prompt structural transformations with regard to economic and financial regulation. Yet since 2008 (almost) nothing has changed in the financial world, despite the implementation of a number of new regulations on either side of the Atlantic.

These past years, researchers have highlighted the problems faced by the public regulator in implementing the necessary structural reforms. For our part, we would like to stress another dimension, too often shrouded in silence: the formidable intellectual stranglehold to which the financial world is subjected. Since the beginning of the 1970s, orthodox financial theory has established itself as a dogma, capturing the imagination of the financial world, imposing its principles, and in this way providing legitimacy to a single model for the organisation – and thus the regulation – of the finance industry. Yet, at the beginning of the twenty-first century, the industry has become more than ever a common good, and all those involved need to act for the good of society.

For this reason, finance should be studied by all the social sciences. This cross-disciplinary approach is the only one that makes it possible to understand the powerful complexity of its social, political, and ideological dimensions. What needs to be promoted, ten years after the financial crisis, is how the social sciences can be used collectively to develop a new conception of finance. What follows is based on the book we have just published, The Making of Finance: Perspectives from the Social Sciences. We present the wealth of social studies of finance and reveal the fabric of the financial system, with the aim of contributing to the democratization of knowledge in this field.

A naturalistic vision based on standard financial theory

The dominant paradigm of orthodox financial economics mobilizes in particular the portfolio theory and the efficient market hypothesis to study banking and financial activity. In this paradigm, financial assets, whether shares, or bonds issued by a firm or a sovereign state, have just two mathematical dimensions: expected yield, and risk, measured by variance. Nor should we forget the price normality (or log-normality) hypothesis, which is at the heart of this orthodox vision, and which serves both to build up an optimal portfolio (CAPM model) and to calculate risk cover (Black-Scholes formula).

Optimal capital allocation becomes possible in such a naturalistic, objectivized world: financial economics sees society as a collection of vectors possessing statistical properties. This theoretical frame, which could have remained an ideal frame, has today become the foundation for the legitimacy of standard finance; it justifies the role of finance in transferring wealth over time and in the management of related risk. This orthodox vision is also the origin of finance’s claim to recognize rights over future wealth. This same theoretical frame justifies the gradual financialization of the economy, which has been advancing inexorably since the end of the 1970s. Above all, it has served (and continues to serve) as the basis on which the regulators develop the norms that constrain financial activity.

Yet the financial world is more than these abstract representations, because it is above all made up of social spaces. This is where social studies of finance researchers, unfortunately over discreet in the public debate on Finance, can be of help. They know that the financial world, like every organisational ensemble, is the result of history, of political compromises, of social relationships and of power balances, which have all contributed to the establishment of rules, mechanisms, and shared institutions. With all due respect to the dominant naturalistic vision, the financial markets are anything but “objective” or “natural.”

Finance: a legitimate field of study for the social sciences

So what exactly do the social sciences have to offer? Are they really capable of understanding what is at issue within financial intermediaries, market structures, and regulatory bodies? The promise offered by the social sciences, in their inherent diversity, lies above all in the denaturalizing approach to finance. Investigating the eminently material, social, and political nature of the financial markets makes it possible to reopen the public debate about financialization policies and regulatory orientations. Thus, through the social sciences we can envisage the foundations of a challenge to the supremacy of finance.

Since the end of the 1980s, many social studies of finance have based their analyses on empirical methods, undertaken by unorthodox economists, sociologists, anthropologists, management scholars, and historians. Using a range of techniques for data collection, source criticism, and comparative analysis, the authors following this research trend share the desire to understand financial activity better by freeing themselves from common assumptions about it. The proximity of these researchers to their topics, resulting from different investigatory techniques (including above all ethnography), makes it possible to develop fine-grained, in-depth analyses, accurately situated both temporally and geographically.

The collective work that we have just published presents 30 representative contributions from this work, and attempts to show how the financial industry establishes its legitimacy, particularly in terms of theory. We also explain that the development of its activity is based on an increasingly wide-stretched division of work, which also puts the financial industry in a position of force to impose its own forms of regulation.

Unlike traditional financial economics, which operates based on modelling and empirical generalization, the social sciences base their legitimacy on a constant movement back-and-forth between theoretical abstraction and observation of actual practice. The French sociologist Bernard Lahire in particular has emphasized in his work the dual implications of the empirical foundations of social theories. By constantly situating research within a historical, spatial, or cultural frame, they give the notion of context all its relevance – particularly, according to Lahire, when we add the scale of observation chosen by the researcher. By promoting the idea that different scales are necessary to understand a single social fact, the different perspectives and theoretical approaches specific to each of these disciplines fade away, leaving in their place a continuum of complementary interpretations.

Thus, by contrasting ideas and fields through the lens of the different perspectives of the multiple disciplinary fields that comprise the social sciences, it is jointly possible to develop detailed representations of the phenomena under study. The Making of Finance is rooted in this desire for an interdisciplinary approach combining a variety of theoretical frameworks: economic sociology, convention theory, the philosophy of norms, economic anthropology, neo-institutional sociology, sociology of work, geography of finance, sociology of law, pragmatic sociology, institutional economics, and the regulation school. This diversity makes multiple dialogue possible, and can give birth to open debate of a shared topic: the financial world.

The fabric of finance

Three objectives underlie the work presented in the Making of Finance: to deconstruct standard financial theory, to study the dynamics of how the financial industry is organised, and finally to bring to light a new regime for capital accumulation – financialization. We make our observations at three levels traditionally used in economic sociology: techniques, organisations, and institutions. By providing the reader with an analytical frame that combines these three critical orientations with three levels of observation, we make possible multiple complementary analyses of finance. The same reality – for example, financial law, banking institutions, or the notion of risk – observed by researchers from a broad range of disciplines using different theoretical approaches, will be interpreted in different ways. When the anthropologist uses the notion of the imaginary to give meaning to the different representations employed by managers, the unorthodox economist will call on mechanisms solving information asymmetry, and the sociologist will take a more political perspective.

Our analysis gives new meaning to the phenomena under observation, explains the relative strengths of the different interests at stake, and the consequences of the choices made more or less consciously by the different players gravitating around the world of finance. We therefore provide the basis for a future debate to develop new foundations and new regulations.

As an illustration of this, we indicate some of the many examples studied by the book’s co-authors:

If we are to hope to find a solution to the instability of the financial system, of which the events of 2007-2008 provide just one illustration among the almost biennial crises that have occurred over the last four decades, it is important to present finance as a social and political space. Reducing the financial space to a series of naturalized prices denies all the economic and social violence that finance manages to engender: the rise of associated inequalities and subsequent populism are two clear manifestations of this today. Researchers in the social sciences must therefore more than ever participate in the unveiling and deconstructing of such mechanisms.