The year 2017 may turn out to be when behavioral economics entered the mainstream after a leading practitioner in the field won a Nobel prize for his work.

Behavioral economics is the study of how psychology affects the economic decision-making processes of individuals and institutions. Research in the field has led governments like those in the U.K. and U.S. to create teams of behavioral scientists to find ways to tweak citizens’ behavior to improve their welfare, for example, by helping more people enroll in retirement plans.

Throughout 2017, we asked experts in economics, psychology and other areas to address the power of this burgeoning field, as well as its potential for misuse.

One of the ways behavioral scientists try to nudge people’s behavior is through “default” choices.

For example, by setting the default option for an employee’s 401(k) enrollment to “yes,” it’s much more likely that he or she will save for retirement because it forces workers to make an active choice to decline the program. But if the default is set to “no,” participation in the program is usually a lot less because people tend not to bother.

Another example is making being an organ donor the default choice when getting a driver’s license.

Is it ethical to ask people to “opt out” rather than “opt in”? It’s a question Northeastern University’s Mary Steffel, Indiana University’s Elanor Williams and University of Cincinnati’s Ruth Pogacar explore in recent research. 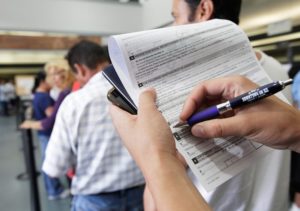 “The power of defaults to guide people’s choices has made them an extremely popular way for policymakers and marketers alike to nudge people toward a particular decision,” they wrote. “But defaults can also be used to help businesses profit from consumers, sometimes by prompting people to choose things that are not in their best interests.”

Beyond the ethics, do people actually like when governments nudge them toward “better” behavior through defaults, labels and other means?

Who better to answer this question than Cass Sunstein, who co-wrote “Nudge,” one of the seminal books on behavioral economics. The term quickly took off as shorthand for the kind of small interventions governments have been using to help citizens make better decisions. His co-author, Richard Thaler, won the 2017 Nobel prize in economics. 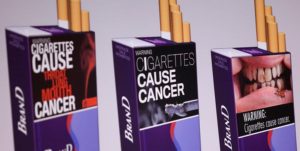 “I have found that this enthusiasm usually extends across standard partisan lines,” he explained. “This is an important finding because it suggests that most people do not share the concern that nudges, as such, should be taken as manipulative or as an objectionable interference with autonomy. By contrast, a lot of people object to mandates and bans, apparently on the ground that they limit freedom.”

He concludes: “If we really care about welfare, autonomy and dignity, nudging is often required on ethical grounds. We need a lot more of it. The lives we save may be our own.”

In October, the University of Chicago’s Richard Thaler won the Nobel for his work in three areas: “limited rationality,” “social preferences” and “lack of self-control.”

Jay Zagorsky, an economist at Ohio State University,explained what made the award – the second that has gone to a pioneer in behavioral economics – significant.

“It may be hard to believe, but before these scholars came along, many economists assumed that humans acted like Spock on “Star Trek,” he wrote. “People were supposed to be perfectly rational calculating machines that looked at all the information and made correct choices. However, even a most casual view of the real world suggests this is not a good assumption.”

But just as this knowledge can be used to improve the welfare of citizens and consumers, it can also be used for more nefarious purposes. For example, nudges can be used both to increase turnout on Election Day or suppress the votes of certain groups. 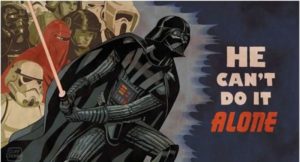 “This can be positive to the extent that those designing interventions have good intentions,” writes Jon M. Jachimowicz, a Ph.D. student in management at Columbia University. “But what happens when someone uses these insights to systematically influence others’ behavior to favor his or her own interests – even at the expense of everyone else’s?”

Jachimowicz describes the successes of governments in the U.K. and U.S. in using behavioral science for positive ends and then considers its dark side, along with his fear that President Donald Trump or others might abuse the power of nudges.