Rigorous, reliable evidence should be used when making decisions for any society. That’s because the use of evidence helps decision makers to maximize limited resources such as money and expertise. It’s also a way to avoid harm and to select the courses of action that have been shown to be beneficial.

The importance of basing decisions on the best available evidence is even more important in settings like Africa. The continent has enormous challenges to overcome. These include a lack of resources; poverty; and corruption.

Africa, like many developing countries, has a real challenge when it comes to using academic research and evidence to decide on and design policies. The problem is twofold. Policymakers sometimes don’t call on available research, while for their part academics don’t know how to engage with policymakers.

But academics would be naive to believe that only research evidence is important, or that they’re the only ones working to tackle Africa’s massive challenges. Rather, my colleagues and I should recognize our position within a wider community working towards real change. This community is made up of people, the organizations they work for and their wider networks.

The Africa Evidence Network is one of many on the continent working to break down the walls that stop decision makers and researchers from working closely together.

We set up the Africa Evidence Leadership Award as part of this effort. It is aimed at people from Africa who work to support evidence-informed decision making. The way in which evidence-informed decision making has been defined has deliberately been left broad. This means that people from all sectors of the evidence ecosystem – not only academics – can apply. 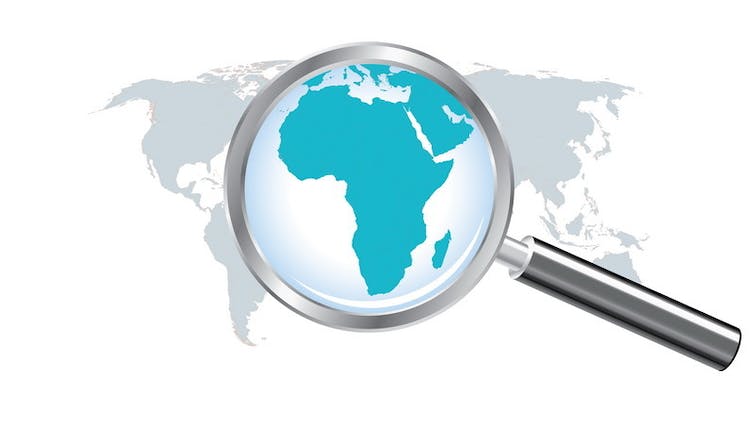 Work across the continent

The winner of the inaugural Africa Evidence Leadership Award, Velia Manyonga, is an excellent example of an evidence champion. Manyonga is the head of the research division at the Parliament of Malawi. Her work involves generating evidence for Malawian MPs to use in parliamentary committee meetings and during house debates.

She also analyses the credibility of evidence sources and has developed guidelines for evidence use. These show how MPs and staff can access and use parliament’s research services. All this work crosses sectors and supports decision makers in a very direct way to engage with evidence.

Manyonga is part of a wide network of decision makers and researchers across the continent who are using evidence as a tool to change the world.

There are several examples of projects that have been launched on the back of co-operation between academics and policy makers. One of these is a rapid response service being carried out in Uganda. There, evidence summaries were developed and tweaked according to Ugandan decision-makers’ specific needs.

Another project is the co-production of evidence syntheses happening in South Africa. Researchers from the Africa Centre for Evidence support the research division within the government’s Department for Planning, Monitoring and Evaluation by developing evidence maps that different departments can draw on when making decisions.

This sort of work is happening elsewhere in Africa, too, as evidenced by the submissions we received for the Africa Evidence Leadership Award from countries like Ghana, Cameroon and Kenya.

The award is a useful benchmarking exercise. By highlighting extraordinary examples of evidence-informed decision making, people doing this kind of work can push their standards ever higher. That’s a good thing for policy makers – and ultimately citizens – who benefit from these sorts of decisions.

The award will also help Africa develop a reputation for evidence-informed decision making and show its commitment to the process. The hope is that individuals will be lauded for their work on the continent, offered greater funding support and get opportunities for travel and learning.

We hope to present this award annually in future, although that will depend on several factors, including the availability of funding. Meanwhile, the hard work of putting evidence at the centre of decisions and policies across Africa continues – led by evidence champions around the continent.