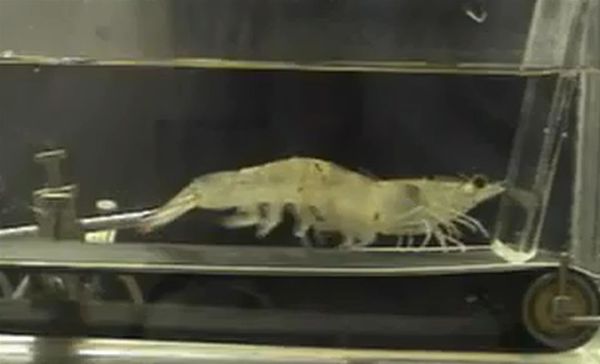 In both cases, Paul, a 2016 presidential candidate and Republican from Kentucky, confused the means the researchers used to conduct their experiments with the studies’ ends, or purpose. Paul also ignored the broader implications of the research.

Paul, who worked as an ophthalmologist before entering politics, made his remarks on Oct. 18 during a hearing on federal support for research. A day earlier, Paul introduced the BASIC Research Act, which, if passed, would make a number of changes to the way federal agencies fund basic research.

Paul mentioned his legislation multiple times during the Oct. 18 hearing, arguing it would help take the “bias” out of the grant review process.

Among other things, the bill would require grant review panels to include a “taxpayer advocate.” The bill defines this person as “someone whose main focus is on the value proposed research delivers to the taxpayer.”

Paul’s bill would also require panels to include a least one person who is an expert in an unrelated field to the proposed grant project and hasn’t been affiliated with any academic or research institution for 10 years.

‘Shrimp on a Treadmill’
During the hearing, the study involving a “shrimp on a treadmill” came up many times, but it was first mentioned by Paul in his opening statement.

Paul, Oct. 18: I’m concerned that the government system of supporting research is inefficient and often incentivizes the wrong things which leads to bad science and wasted taxpayer dollars. We’ve published examples like this National Science Foundation study which was, had money being spent on Ugandan gambling habits. I just see no reason at all taxpayer money would go to that, period. I just don’t know, and we do it year, after year, after year. Senator Lankford found an NIH study, $2 million, investigating if kids don’t like food that has been sneezed on. Are you more or less likely to eat the food in front of you in the buffet line if someone sneezes on it? That’s absurd. And who would forget the shrimp on a treadmill found by Senator Coburn?

Thomas Coburn, a former Republican senator from Oklahoma, did identify the shrimp research in his 2011 report on NSF funding, calling it a “questionable NSF project.” In his description of the study, Coburn said scientists “put shrimp on a tiny treadmill to determine if sickness impaired the mobility of the crustaceans.”

That’s not completely off the mark, Louis Burnett, the professor of biology at the College of Charleston in South Carolina who received NSF funding for the research, told us over the phone.

In their grant project description, Burnett and his colleague and wife, Karen Burnett, a research associate at Charleston, explained that they aimed to test whether the “act of launching an immune defense against bacteria interferes with the ability of shrimp and crabs to engage in normal activities of swimming or feeding and that this effect will be exacerbated by environmental stress, such as hypoxia,” or low water oxygen levels.

Human activity has caused significant increases in the severity and length of periods of low oxygen levels in coastal waters. For example, when farmers apply nitrogen and phosphorus-rich fertilizers to their crops, those fertilizers can leach into rivers, which flow out to the coast. The excess nutrients then lead to the proliferation of algae and other aquatic plants, which suck oxygen out of the water, leaving less for shrimp, crabs and other sea creatures to breathe.

It’s this broader context that both Paul and Coburn left out of their descriptions of the Burnetts’ research. Given human-induced changes to coastal environments, the researchers created treadmills for shrimp and crabs to understand how low water oxygen combined with bacterial infection might impact these crustaceans we eat.

In fact, Louis Burnett said his group is not the first to use treadmills as a “stress test” for animals. “Biologists have put everything on treadmills,” he told us, because it’s a way to understand how organisms respond to different variables while active as opposed to inactive. In the wild, these organisms move around frequently, he added.

Generally, the Burnetts have found that shrimp, crabs and other sea life can’t fight off infections as well in low oxygen conditions, and conversely, that infections limit these animals’ abilities to breathe in oxygen, even in oxygen-rich environments.

While the Burnetts don’t directly study how changes to the oceans will impact the seafood industry, the NSF makes that connection in a 2011 article.

Their research could help “lay the foundation” for “an early warning system that could be used to help flag conditions that may harm economically and ecologically important crustaceans,” writes the NSF. This system could be used to determine when pollution or nutrient levels “rise high enough to jeopardize the health or marketability of nearby organisms,” the agency adds.

Just a Study on Sneezing?
Paul also claimed the NIH spent “$2 million investigating if kids don’t like food that has been sneezed on.” At the end of his opening statement, Paul added, “Some will say that the general public doesn’t understand scientists, but I don’t think you need a PhD to understand people are less likely to choose food that’s been sneezed on.”

The senator’s statements are misleading for multiple reasons.

First, Katherine D. Kinzler and Kristin B. Shutts, associate professors studying social cognition at Cornell and the University of Wisconsin, Madison, respectively, received about $1.89 million from the NIH for a five-year project on children’s reasoning about foods — not just one study on sneezing. The researchers told us by phone that the NIH allowed them to use up remaining funds during one additional year, making their project span six years.

Second, when we reached out to Paul’s office, a spokesperson pointed us to a particular studyby Kinzler and Shutts to back the senator’s claims. But the purpose of that study wasn’t to determine whether children don’t like sneezed-on food — it was to understand whether kids of various ages can pick up on subtle cues about contamination.

The study also didn’t find that “people are less likely to choose food that’s been sneezed on,” as Paul said. That might be the case for adults, but the picture is more complicated with children.

What do these results show? “[S]ubtle cues can effectively impact children’s choice, consumption, and evaluation of otherwise identical foods,” the study concludes, and that influence differs by age.

Given the difference between 3- to 4-year-olds and 5- to 8-year-olds, the researchers hypothesized that the younger children have a hard time understanding that “two perceptually similar items can be different and that nonvisible particles such as germs can be present and cause illness,” a hypothesis that’s supported by previous research. This means that safe eating interventions might need to be different for kids under 4 years old.

Still, when we spoke with Kinzler and Shutts on the phone, they emphasized that plenty of 5- to 8-year-olds still tasted both foods. So even if the older kids ate more of the “clean” food and rated it tastier, they still risked (hypothetical) illness by at least tasting the “contaminated” food.

The researchers showed the videos at conferences to adults, who reacted markedly differently than the children. They were “visibly disgusted” by the sneezing video, Kinzler said.

The study concludes that “future research is necessary to understand the scope of contexts that might either decrease or heighten children’s sensitivity to contamination.” In fact, in other studies that the NIH grant funded, the researchers looked at how social contexts affected babies’ reasoning about what should be eaten and what shouldn’t.

For example, in a study published in the journal Proceedings of the National Academy of the Sciences Kinzler and colleagues found that 1-year-olds may develop food preferences by watching who’s eating the food in addition to tasting the food itself. In a New York Times op-ed summarizing her research, Kinzler explains how these findings might be used to help kids make healthier choices.

Kinzler, Aug. 19, 2016: Parents of young children may want to take note of our findings. Infants are not just learning to eat the foods they are given; they are also learning by watching adults eat, and figuring out who eats what foods with whom. By introducing babies to social contexts in which adults make healthful food choices, parents may help children learn the cultural norms of healthful eating themselves.

Practicing healthy and safe eating in front of children could have lasting effects on them, too, Kinzler and Shutts argue. “Evidence suggests that infants’ and children’s earliest patterns of eating have lasting consequences for health across the lifespan,” they wrote in their NIH grant proposal.

So, the NIH didn’t spend nearly $2 million figuring out if people don’t like food that has been sneezed on. And the NSF didn’t fund a study that aimed to measure how long shrimp can run on a treadmill. Paul confused the means of conducting these studies with their ends. In both cases, he also ignores the broader goals of the research.