​In the 1960s, during the heyday of tobacco advertising, one of the tobacco companies wanted to hire me as a consultant. I declined and told them that I would rather promote anti-smoking than smoking. I am sure that the company concluded that I was anti-business. The real answer is that I had a conscience, something that most companies at the time didn’t think should play a role in marketing.

My conscience was formed by the writings of early critics of marketing, including John Kenneth Galbraith (The Affluent Society), Vance Packard (The Hidden Persuaders) and Rachel Carson (Silent Spring). They wrote about marketers neglecting citizens’ needs in the public sector, about the manipulative power of advertising and how pesticides were poisoning our water supply. 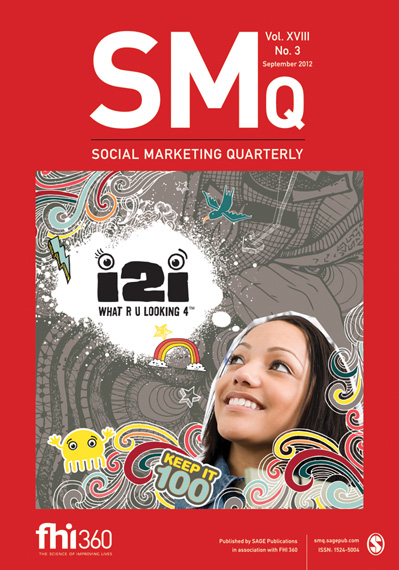 You can read the complete article at marketingpower.com (registration required). Then, head over to Social Marketing Quarterly for the latest articles on marketing with a conscience, including “The Science of Goal Setting: A Practitioner’s Guide to Goal Setting in the Social Marketing of Conservation,” published on December 27 by Daniel Hayden and Fangzhou Deng, both of the Rare conservation group in Arlington, VA:

Goal setting within social marketing campaigns is art and science. An analysis of Rare Pride conservation campaigns shows the quantitative, replicable relationship among the impact of these conservation campaigns with diffusion of innovation theory, and collective behavior theory that can guide marketers to set better goals. Rare is an environmental conservation organization that focuses on reducing community-based threats to biodiversity through a social marketing campaign called Pride. Pride campaigns work by removing barriers to change (whether they are technical, social, and political or something else) and inspiring people to make change happen. Based on the analysis of historical Pride campaign survey data, we found that the starting percentage of engagement has a great influence on the percentage change at the end of the campaign: The higher the initial adoption level of knowledge, attitude, and behavior change, the easier these measures are to improve. The result also suggests a difference in the potential of change with different audience segments: It is easiest to change influencer, then general public, and finally resource user who are the target of the social marketing campaign. In this article, we will analyze how to use diffusion of innovation and collective behavior theories to explain the impact of campaigns, as well as how to set more attainable goals. This article is consistent with similar research in the field of public health, which should help marketers set goals more tightly, allocate resources more effectively, and better manage donor expectations.

Click here to read the article and here to sign up for e-alerts so you don’t miss upcoming research from Social Marketing Quarterly.

1 week ago
744
Communication
Watch the Video: What’s Next for #AcademicTwitter?

1 week ago
744
Communication
Watch the Video: What’s Next for #AcademicTwitter?

2 weeks ago
712
International Debate
The Covid Pandemic in France: A Review